The Heritage Club is also a symbol and an inspiration. Because planned gifts are so vitally important to the future of Luther College, and because membership in the club is only for those persons who have made planned gifts, the Heritage Club is a symbol of the importance Luther places on this kind of commitment. It also serves as an inspiration for others to make similar gifts and join this important group. The Heritage Club is one way Luther says “thank you” to all those who have made the college a part of their future. We are extremely grateful for your support and dedication.

A full list of Heritage Club members can be viewed and downloaded here. 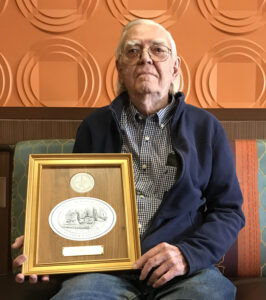 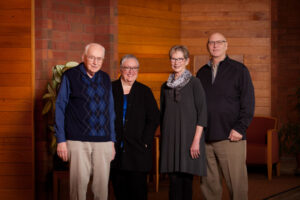 We have been notified of the passing of the following Heritage Club members. We extend our sympathies to their families and friends. We are grateful for their dedication and legacies to Luther College. 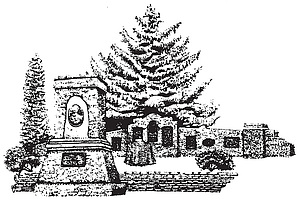 The Pioneer Memorial was built to honor the Norwegian pioneers who had the vision to establish Luther College and the determination and strength to build it. This stone memorial was erected on campus in 1936 by alumni and friends for Luther’s Diamond Jubilee. Also honored on the large pillar at the front of the Pioneer Memorial is Laur Larsen, one of the principal leaders during the college’s first 50 years. Because of the significance of the Pioneer Memorial to the history of the college, it was chosen as the symbol for the Luther College Heritage Club.

The Pioneer Memorial Award was established in May 1988 to recognize those individuals whose vision and commitment have moved them to provide for Luther College’s long-range needs through planned gifts. The award honors individuals who have characterized the spirit of the Heritage Club and have served to inspire others through their generous support. Just like Laur Larsen and other early leaders of the college, recipients of this award have been judged to have the vision of continued success for Luther College.