Bailey Aaland ’12 is an emerging mosaic artist. Many of us would recognize her work around Decorah, but she’s also done commissions—some quite large-scale—for Hennepin Theatre Trust, Lanesboro Arts, Minnesota Orchestra, PricewaterhouseCoopers, and other Twin Cities–based organizations. Aaland describes her work as “heavily influenced by the ways humans interpret and connect with the natural world.” This summer, she’ll have her first solo show at Tettegouche State Park in Minnesota. 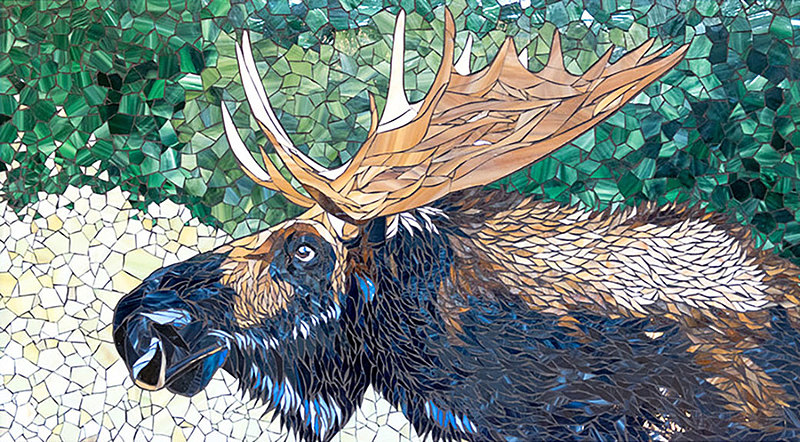 Aaland started working in mosaics in 2007, and her mom gets a lot of the credit for it. “We went up north to our cabin on the Gunflint Trail,” Aaland says. “My mom had all these books she’d bought from Michaels on how to use old pottery and dishware for mosaics. She said, ‘We’re doing this today, it’s a rainy day, there’s no better time.’ I fell in love with it immediately—the act of breaking something and rebuilding it into something new. It’s unique, something I didn’t find with other mediums. I grew up a watercolor painter and love to draw but never created original pieces; I felt I had to copy something for it to be good. Mosaics opened the door for me to translate something I envision in a way nobody else has done. I could create original art. I felt I was being authentically me as an artist.” 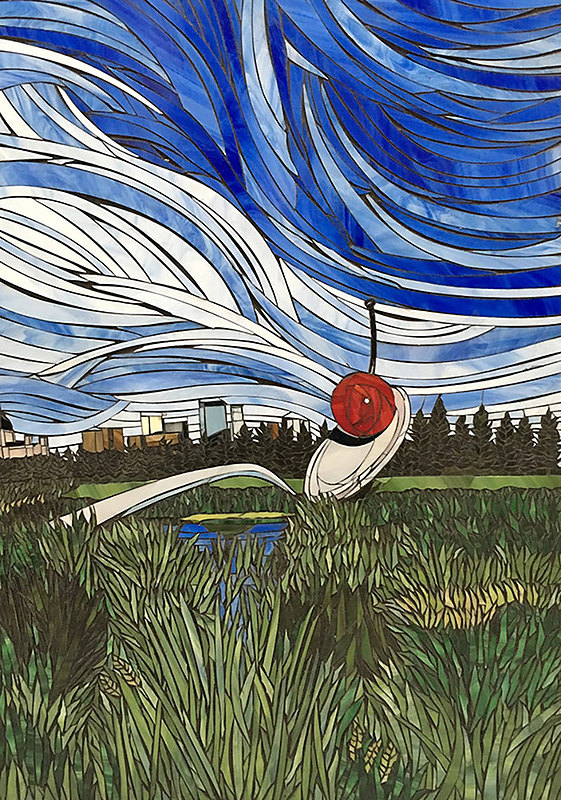 Aaland spent the next few years honing her skills. By the time she graduated from Luther as an art major, she felt confident enough to seek out commissions—starting with the Decorah community. The summer after graduating, she was living a block from Rubaiyat restaurant and was friends with owners Kim (Carlson) ’02 and Andy Bonnet. She approached them about creating a custom piece for behind their bar, and they happily agreed. This led to additional commissions from downtown Decorah business owners, like Kate Rattenborg ’83 of Dragonfly Books and Mark Smeby ’70 of La Rana Bistro. 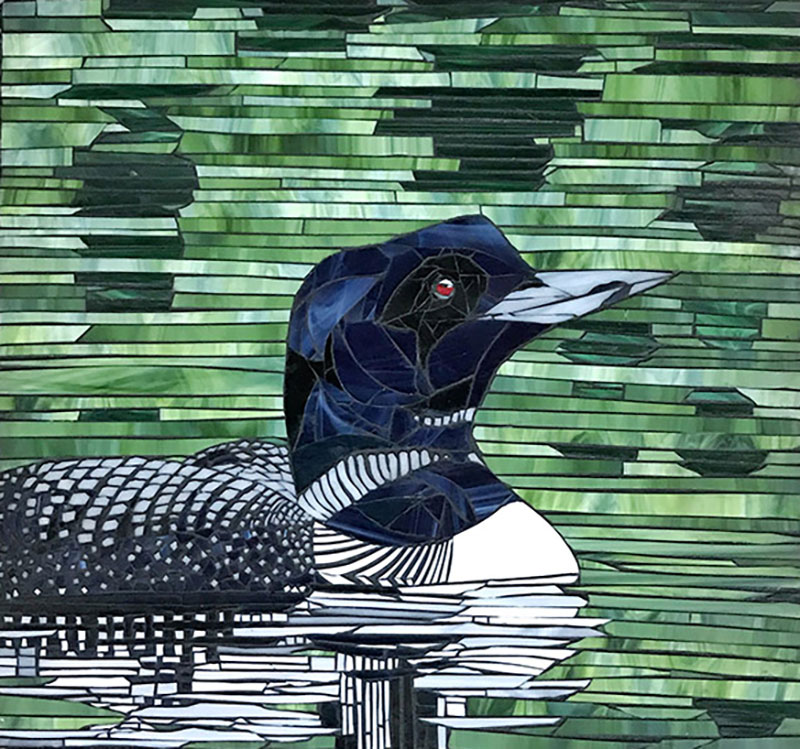 Since then, Aaland moved to the Twin Cities, where she works as a marketing specialist for Minnesota Public Radio. She’s created a number of high-visibility outdoor mosaics, including a 25-foot vertical piece that was featured in the Star Tribune. But increasingly, she’s focused on creating work for her solo show this July. 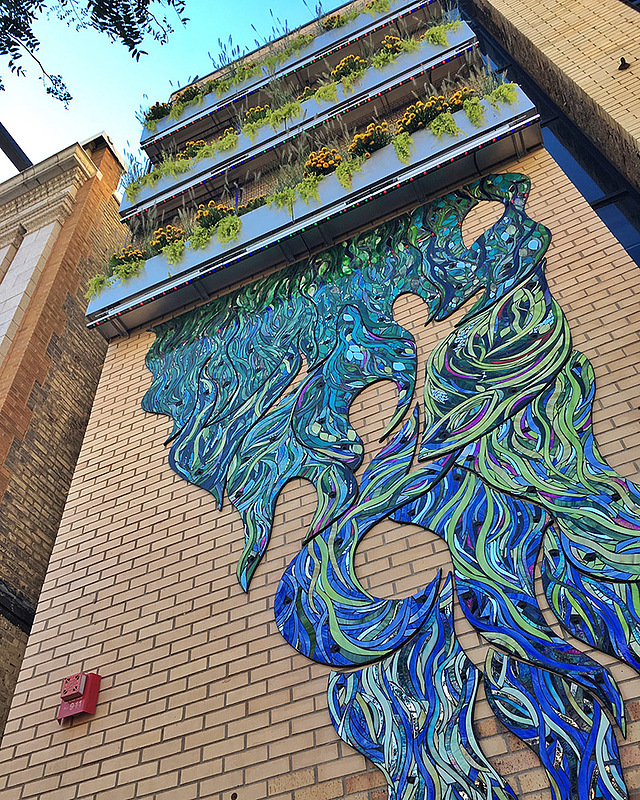 Among other pieces, Aaland is translating photos she’s taken of Tettegouche into large and small mosaics. About one large scene, she says, “It’s for the show, but I probably would have made it anyway, just to challenge myself to create something this detailed and to find creative solutions.” 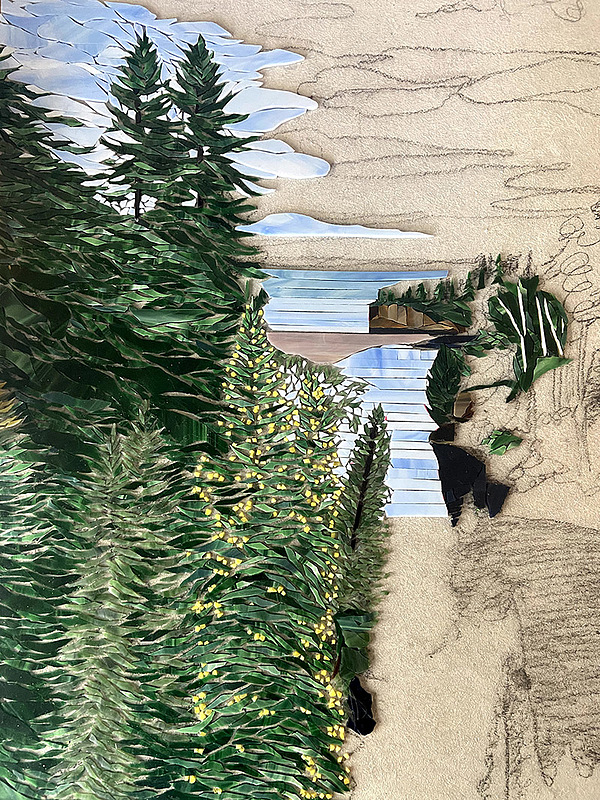 She continues, “What I’m working on right now is something that is both subject matter that I enjoy and subject matter that I don’t see a lot of other mosaic artists working in. My Luther art professors really encouraged me to move beyond simple design, and by moving into pieces based off of photos I’ve taken, I’ve really expanded on what I thought I could make.”