In light of the limited travel most of us are doing these days, these photos seem like postcards from another era. Hopefully they’ll offer a breath of vicarious fresh air to those of us enjoying them from indoors.

The images represent some of the transformative global learning experiences Luther students have had over the past year. But even while the current normal doesn’t allow for these kinds of trips, transformative Luther learning continues to happen everywhere—because, with students from 39 states and 74 countries and alumni living on almost every continent, the Luther community is everywhere. 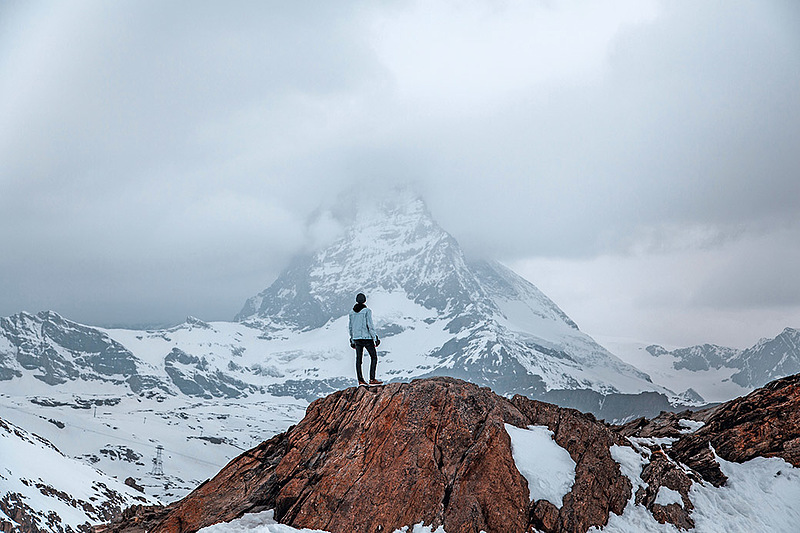 Management major Wyatt Hill ’21, who studied on Luther’s Malta and the Mediterranean program, writes, “I do not know what the future holds for me, but I do know one thing. I will be back to watch the sheer power of the Matterhorn as its peak cuts through the sky.” 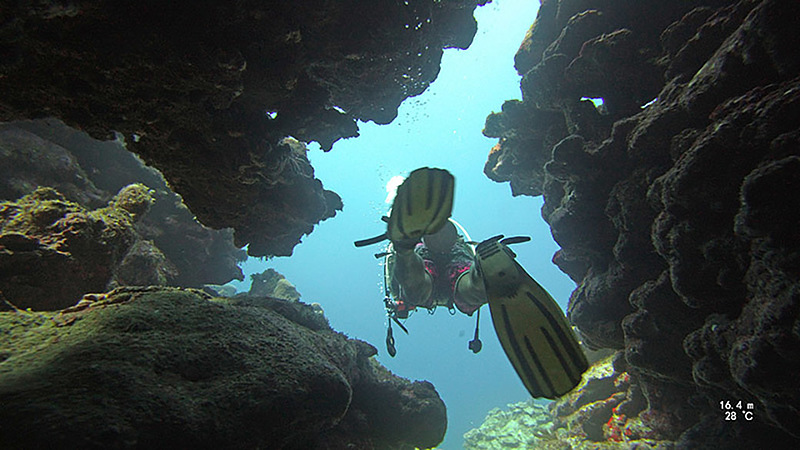 Matt Benson ’22 participated in Luther’s Ethical Engagement in a Changing World course in Roatan, Honduras. He took this photo during a group dive on Roatan’s northern barrier reef at a site called Bear’s Den, so named for its cave that divers can swim through to emerge on the fore-reef wall. 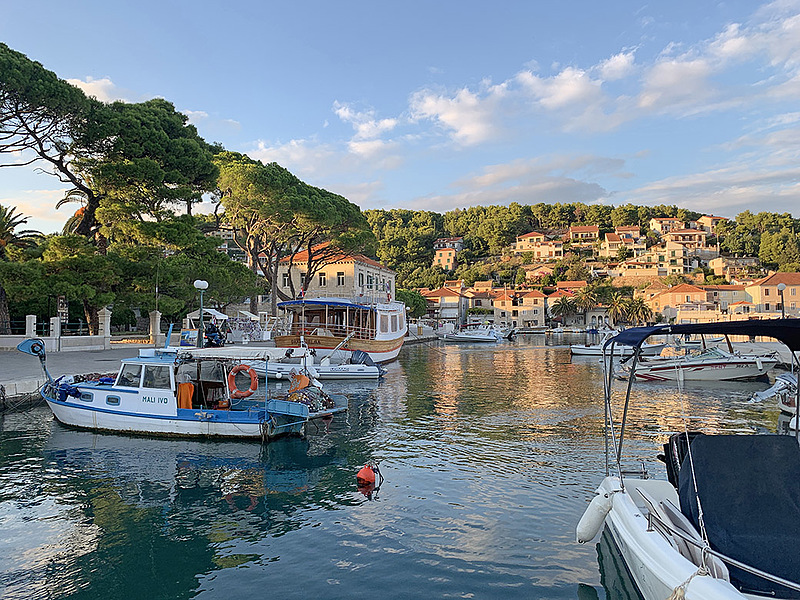 During Luther’s Earth and Environment in Italy program, Mackenzie Miller ’21 and classmates found time for work and play. Miller writes, “After a day in the field collecting soil samples throughout the Jelsa Valley on the island of Hvar, Croatia, we detoured into town to get gelato. We found a gelateria along the water and watched the light change over the harbor to end our day.” 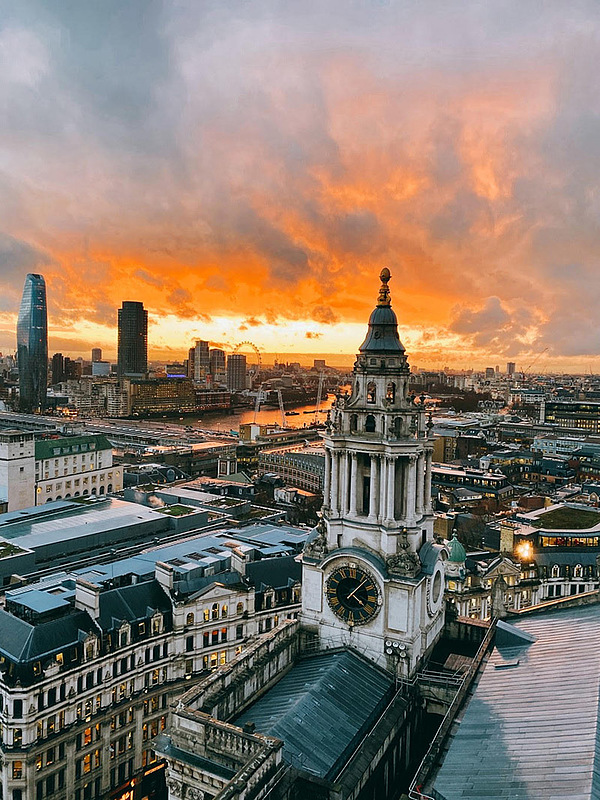 Nursing major Abby Tefft ’21, who spent January Term on the course English Theatre: Mirror of Society and of the Human Condition, writes, “After spending time in awe looking at the architecture inside St. Paul’s Cathedral in London, Genevieve Sheehan ’21 and I decided to climb to the top of the dome to the Golden Gallery. After being told that the view would not be that stunning because of the rain, we decided to climb the 600 steps anyway. When we arrived, the storm had broken just in time for an incredible sunset. An unforgettable moment.” 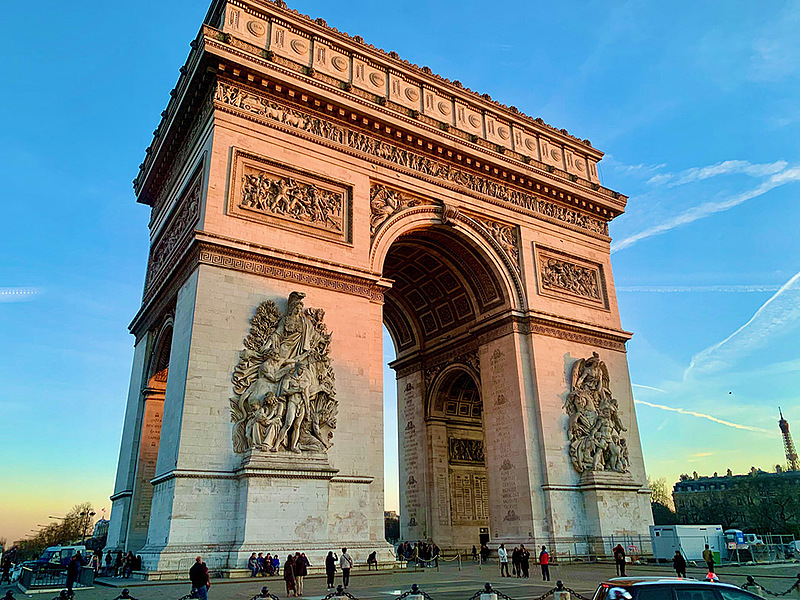 “After a busy day in Paris,” writes biology major Maren Gabor ’21, who studied on the Islam in Europe course, “the beautiful Arc de Triomphe shed some light on my apprehensions and perspective on what I had just learned about the French and their views on what it means to be French.” 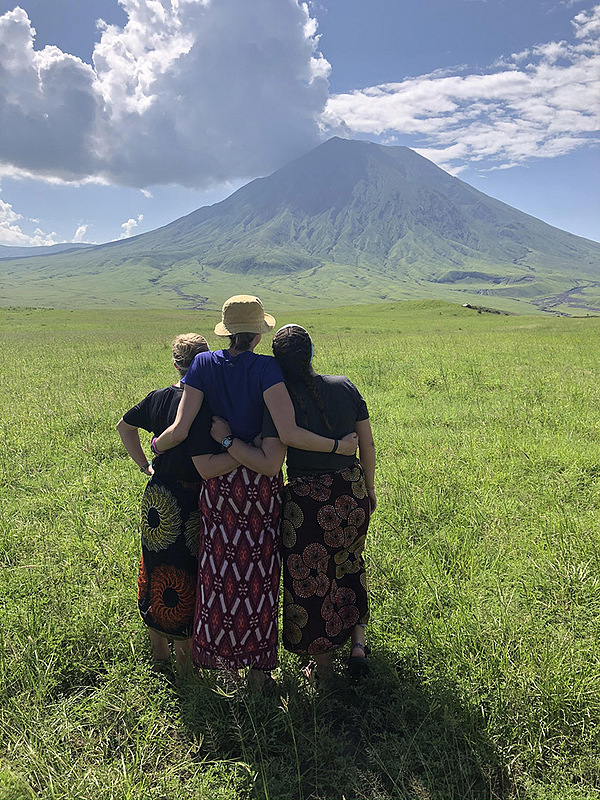 “After many hours of bumpy roads in a Land Cruiser,” writes Hannah Jennings ’21, “we passed through God’s footprint and made it to the bottom of this majestic volcano.” Jennings took part in the People and Parks: Pastoralism and Conservation in East Africa course. 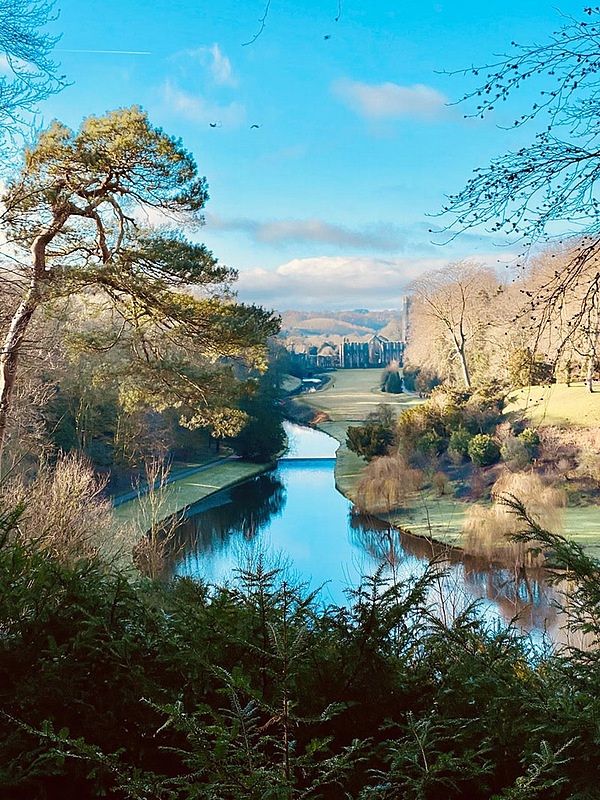 Nursing major Abby Tefft ’21 took this photo during a Paideia 450 course on English Theatre. She writes, “The tunnel view overlooking the ruins of Fountains Abbey puts into perspective just how much the English countryside resembles a fairytale. Fountains Abbey, founded in 1132, was the most successful monastery in England. Today, it is enjoyed by locals and tourists for its natural beauty and history.” 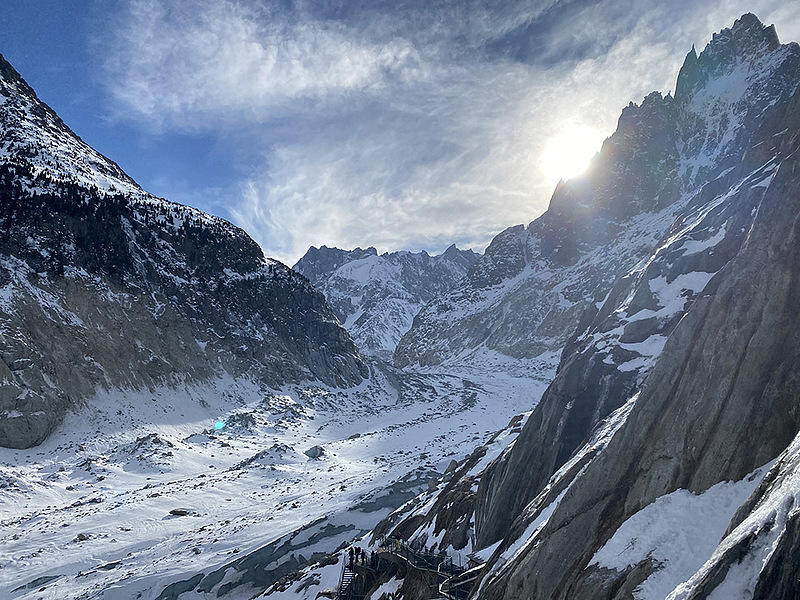 Leah Schmickley ’21 took this photo of Mont Blanc in Charmonix, France. She writes, “At the bottom you can see the sea of ice that leads into the glacier we got to go onto. It was incredibly sad to see how much the glacier has melted since the year 2000.” 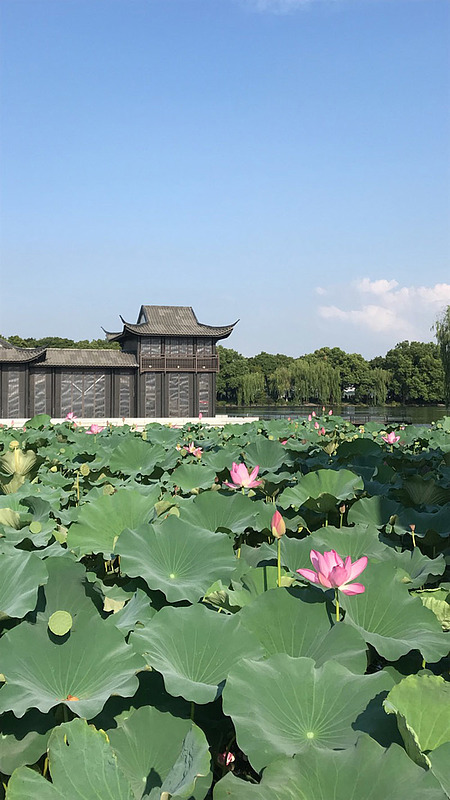 Computer science major Nell Himlie ’21 captured this tableau of a floating lotus garden in West Lake during a semester at Zhejiang University in Hangzhou, China. 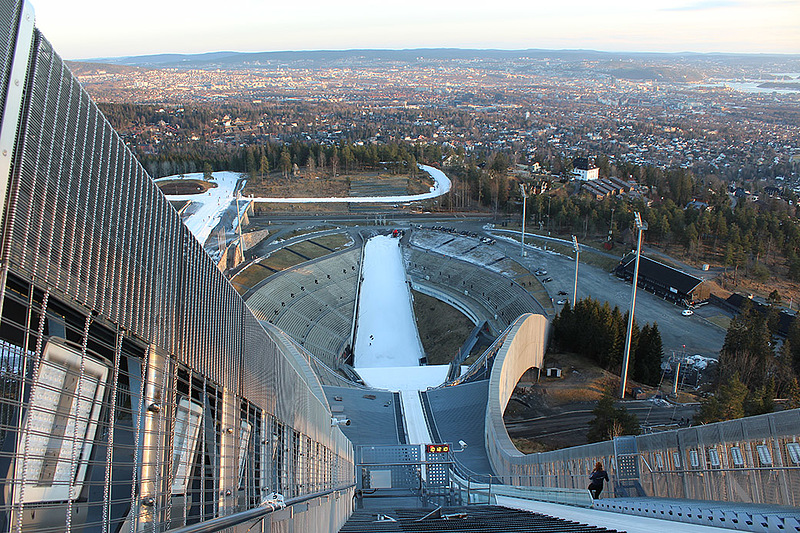 During the course Ethical Challenges in 21st-Century Norway, social work major Grace Weinrich ’21 took this picture from the Holmenkollen Ski Jump in Oslo. “Norwegians love their skiing!” she writes. “This picture features the beautiful nature area surrounding the ski jump as well as the urban city of Oslo. The view from the top of Holmenkollen is absolutely breathtaking.” 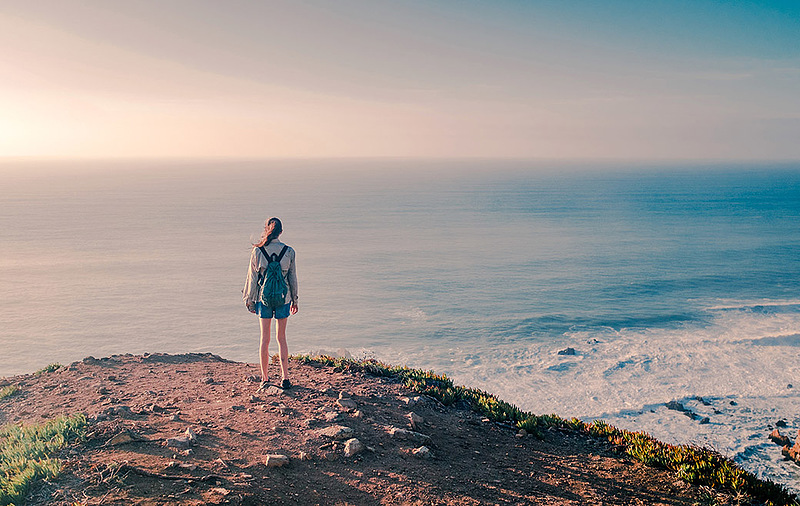 Thawdar Zin ’21, who went on the Semester at Sea program, writes: “The westernmost coast of Europe, Capo da Roca, Portugal, may look like it is always angry, with massive, unforgiving waves crashing hard at its cliffs. A friend and I went on a hike to witness the anger but were mesmerized by the soft light of evening sun and peacefulness of the cliffs forgiving the waves.” 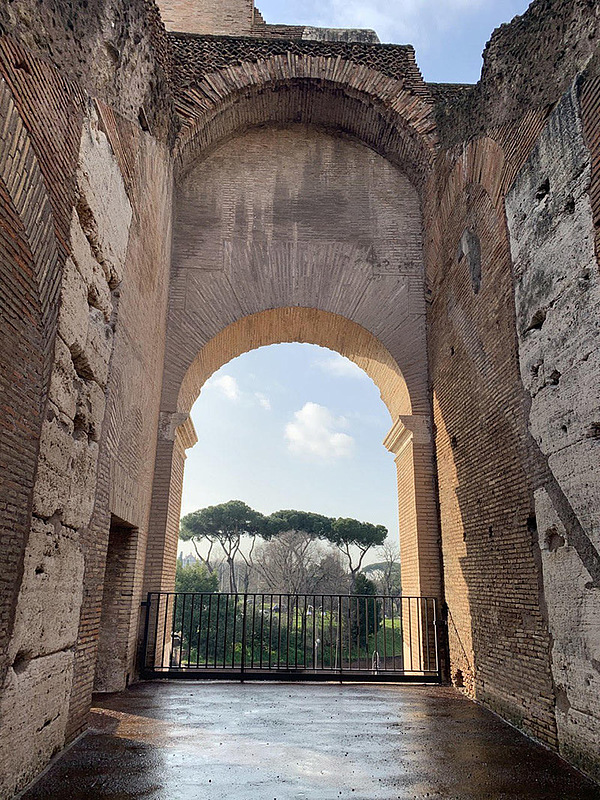 Annika Dome ’22 participated in the J-term course In Frankenstein’s Footsteps: The Keats-Shelley Circle. “This picture was taken from inside the colosseum, looking out over a handful of Roman pines,” she writes. “While taking the picture, I wondered how differently this outlook might have appeared to those in the Romantic era who traveled to the colosseum.” 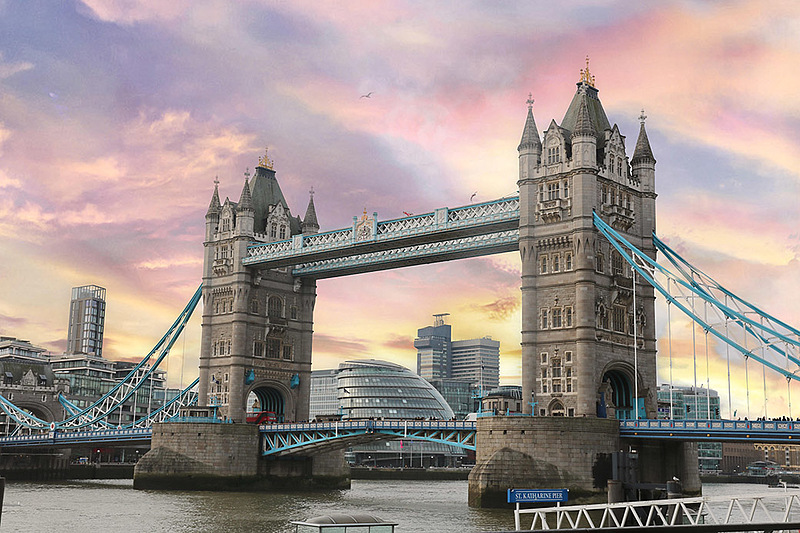 Data science major Zachary Sturgeon ’21 took this photo of the London Tower Bridge on a free day during the Paideia 450 course Islam in Europe: The History and Politics of Muslim Belonging. 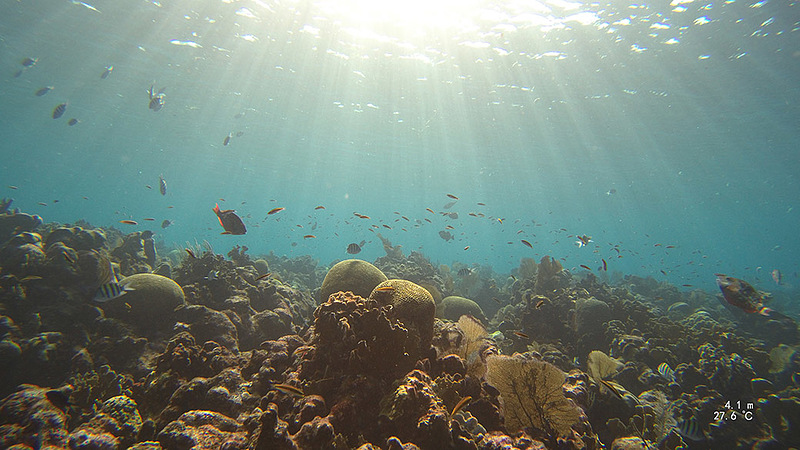 During Luther’s Ethical Engagement in a Changing World course in Roatan, Honduras, Matt Benson ’22 took an underwater photo of the barrier reef. He writes, “Our class identified the corals, fish, macro-algae, and sponges while scuba diving and back in our classroom. After learning the organisms on the reef, we completed research projects on a few.” 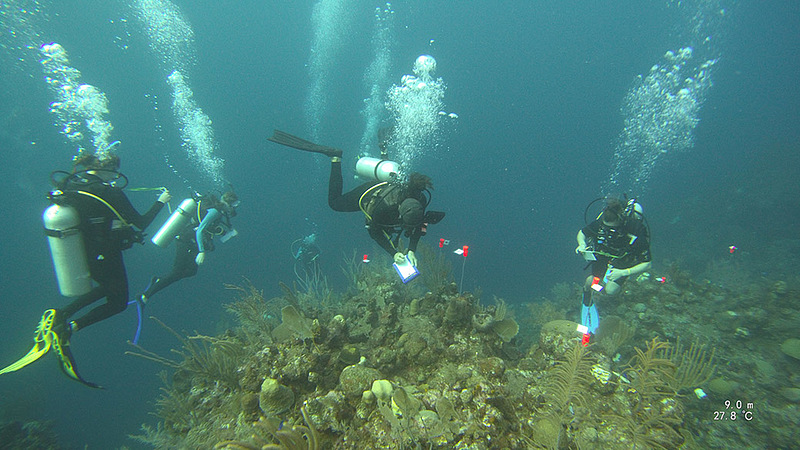 Matt Benson ’22, whose photo is featured above, writes, “Our class took an underwater coral identification quiz on the barrier reef in Roatan, Honduras. Our marine biology instructor placed red weighted floats with numbers on them next to corals for our class to name and write down on our dive slates.” 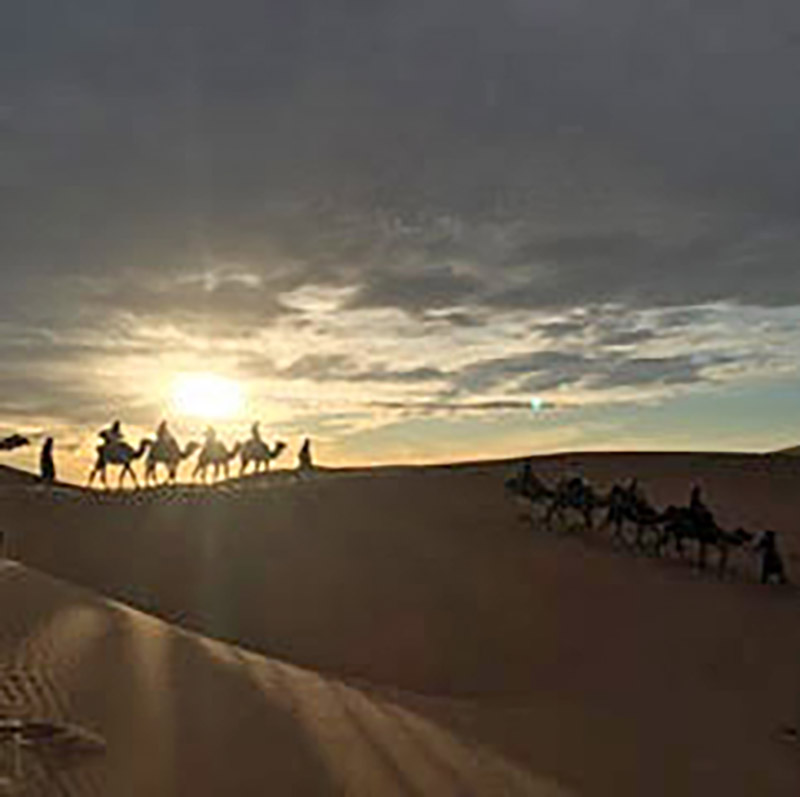 French and mathematics major Mae Cody ’21 spent a semester in Rabat, Morocco, and took this photo in the Sahara Desert from the back of a camel.