Leading the way to a cure

Not only is Scott Boyken ’07 poised to help deliver the next generation of cancer treatment—he’s leading the charge. As an expert in computational protein design—and as cofounder of the new biotech company Outpace—he’s at the forefront of developing cell therapies that show a lot of promise in fighting solid tumors. 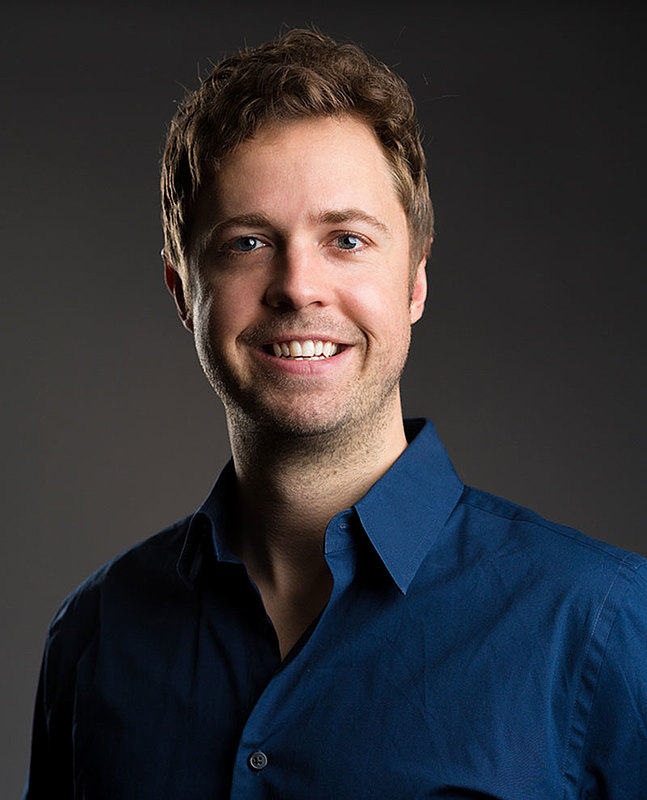 Boyken, a computer science and biology double major, studied at Luther during a time when bioinformatics—using computational technology to analyze complex biological data—was undergoing a radical revolution, seeing a proliferation of tools, techniques, big data, and new projects. With encouragement from his Luther professors, he quickly seized on the emerging field and went on to earn a PhD in bioinformatics and computational biology at Iowa State University.

At ISU, Boyken focused on understanding proteins and how they allow immune cells to function. “Proteins are these amazing molecular machines that carry out all of life’s processes,” he says. “It’s their 3-D structure and how they move that gives them these amazing functions and basically makes biology possible.”

By the end of his PhD program, Boyken knew that he wanted not just to study proteins but also to design them. “As much as I loved protein structure,” he says, “I realized I had a much bigger appetite for designing things and was also much better at the creative engineering aspects than at studying proteins from a reverse-engineering perspective.”

Boyken got his chance to design proteins from scratch—de novo proteins—as a postdoc at the Baker Lab at the University of Washington. The work energized him. “The sky’s the limit in terms of creating new technology that’s going to solve real problems and enable new therapies for patients,” he says. “Especially in the medical field, the ability to design custom proteins that are tailor-made to address specific problems presents an enormous opportunity, and that was the thing that really captivated me.”

Boyken and his team at the Baker Lab were at the very forefront of computational biology. They invented new ways to move protein design into functional protein design. A lot of work in the field had already allowed for researchers to design proteins and then have the structure come out in the real world as it appeared on screen, but most of these proteins were inert, unable to do much. Boyken, however, designed several classes of de novo proteins with moving parts and precise interaction specificities that allow them to actually do things in the real world. And this step forward allows researchers to dream big in the realm of cellular therapies.

Through his work at the Baker Lab, Boyken and a friend and colleague, Marc Lajoie, were asked to cofound Lyell Immunopharma, a biotech company focused on T-cell therapy to cure cancers. Boyken describes the work there, in simplest terms, as taking a patient’s T cells and teaching them how to seek and destroy tumors. As heads of the protein and cell engineering team, Boyken and Lajoie were developing new technologies to engineer all sorts of anti-cancer tricks into cell therapies.

A year ago, Boyken and Lajoie had the opportunity to spin their work out into a new company, Outpace Bio. Outpace is currently 18 scientists strong and growing, and Boyken is very excited for what comes next. “I really believe that cell therapies are going to be the future of medicine,” he says. “Cells have all these amazing programs inside of them, and if the wrong program gets turned on at the wrong time, or if the cell starts going down the wrong pathway, that’s when you get things like cancer. The cells are doing things that they’re innately programmed to, but they’re making the wrong decisions at the wrong times. We can intervene in that complex biology and teach cells how to make the right decisions at the right time. We can harness that power to go after complex diseases in ways that typical drugs cannot.”