On October 14, 1921, the Luther College community gathered to officially dedicate the new Koren Library. At the ceremony, two men were honored: college founder Rev. U.V. Koren, for whom the library was named, and President C.K. Preus, who led the 12-year effort to build it. From the bricks made by students that formed its walls to the furniture purchased using funds raised by alumni, Koren embodied the collaborative spirit of its campus community. 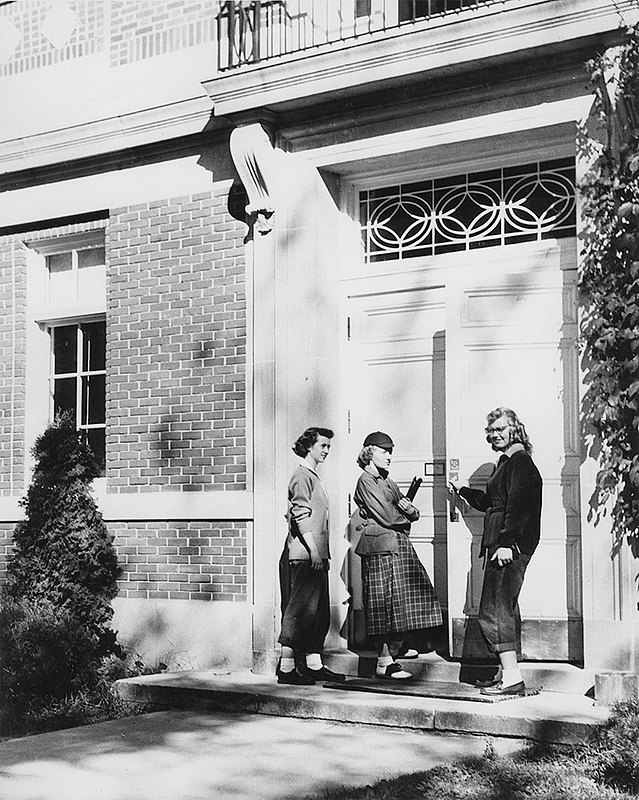 A century later, both Koren and that collaborative spirit remain. In honor of the building’s centenary, museum studies director Destiny Crider and college archivist Hayley Jackson will launch the first issue of Koren 100, a series of newsletters documenting the history of Koren from its library beginnings to its current role as home to the social sciences. These newsletters, like Koren, are based on an ongoing collaboration between faculty, staff, and students to gather the stories of this building through historical records and the memories of the campus community.

One of the original goals of Koren 100 was to provide museum studies students hands-on experience in historical research. To that end, research began in fall 2019, when students in the Introduction to Museum Studies class used records from the Archives to create exhibits on different aspects of Koren’s history. For students who only knew Koren as the social sciences building, it was eye-opening to learn that the building once housed the Hendrickson Organ and that the original archaeology lab stored its artifacts in the old library stacks where college sweethearts once flirted.

The story of Koren was not only in the paper records, but in the memories of Luther College faculty, staff, students, alumni, and families. To gather those stories, Crider and Jackson worked with professor Jacqueline Wilkie to create a project for her 2020 Public History course, in which students interviewed Luther College community members about their memories of Koren for preservation in the College Archives. 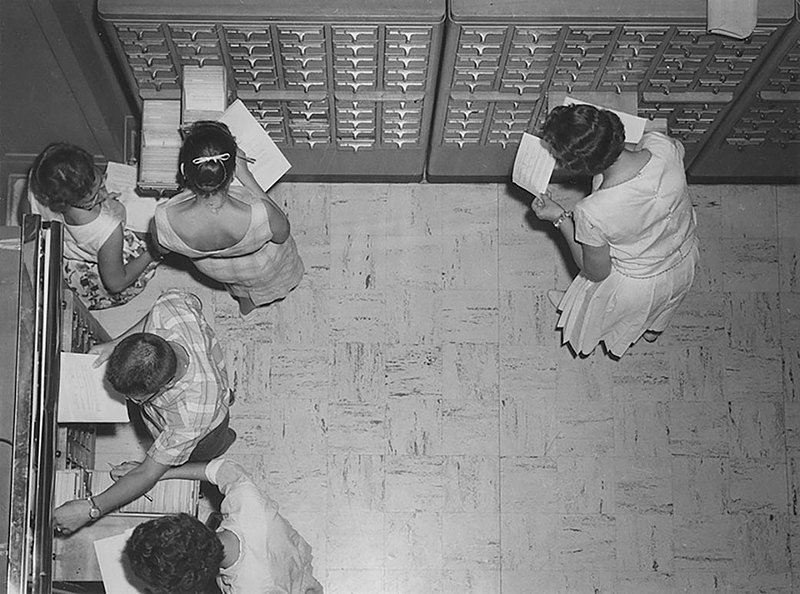 The community response was incredible. With over 60 people volunteering to participate, under the direction of Crider, anthropology lab work-study students picked up where the public history students left off, continuing to interview throughout fall semester. For months, they listened to reminiscences of college pranks, campus personalities, and the local effects of national events ranging from Vietnam to 9/11. “[Koren] really was the center of everything,” Lori (Van Gerpen) Stanley ’80 remembers, “not just where we took our courses or had the artifacts, but of all the relationships…where the culture resided.”

“It’s rewarding to see our students connect directly with alumni via Zoom during a tough pandemic year,” Crider says. “Koren is the center of our interview focus, but the value is in the relationships built between current students and alumni that emerged through every conversation. . . These exchanges show how Koren can continue to provide a central place for meaningful relationships across different groups within the Luther community.”

The first newsletter will be released during Homecoming 2021, with subsequent editions published throughout the year. The newsletters and information for participating in an interview can be found here. 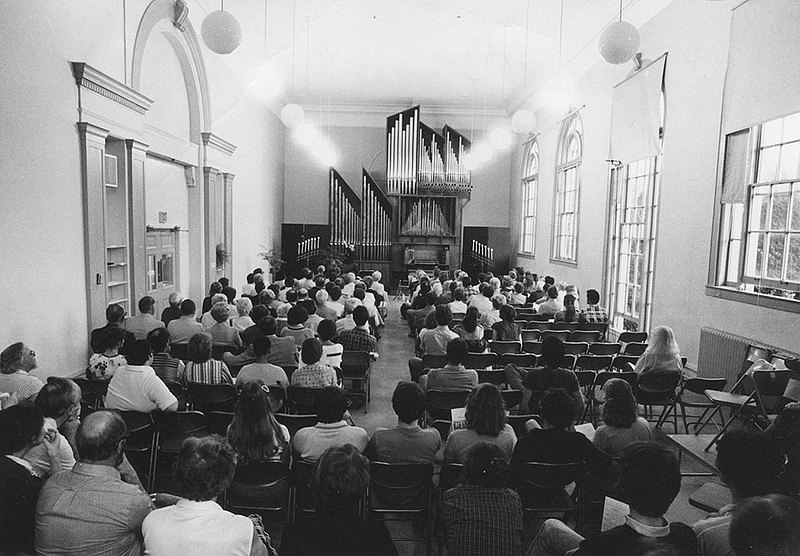 Choral music has long been a distinctive feature of the music program at Luther College. “[We all] want to be someplace where what we love is highly valued,” Allen Hightower, Nordic director from 2010 to 2016 told the College Chips in 2010 upon his hire. As Luther’s oldest extant choral group, Nordic Choir exemplifies Luther’s highly esteemed choral tradition. The iconic ensemble, established in 1946, celebrates its 75th anniversary this year.

In honor of this milestone, current Nordic director Andrew Last ’97 and senior music education major Bailey Conners are creating a timeline of Nordic Choir’s history and an anniversary album showcasing different eras of the ensemble. They spent this past summer researching in the Archives, studying photographs and tour documents and even listening to vinyl records to trace the journey of this choir.

Originally known as Nordic Cathedral Choir, Nordic is the longest ongoing mixed chorus established at Luther. It was first led by music faculty member Sigvart Steen ’23. After Steen’s resignation in 1948, Weston Noble ’43 took over the choir as part of his initial one-year appointment. One year became 57 years, and under Noble’s direction, the choir flourished, eventually earning both national and international reputations for musical excellence. His tenure saw, among other achievements, several international tours and performances at prestigious venues including New York City’s Lincoln Center and Salt Lake City’s Mormon Tabernacle. Successive Nordic conductors Craig Arnold (2005–10), Hightower, and Last have carried on this legacy. 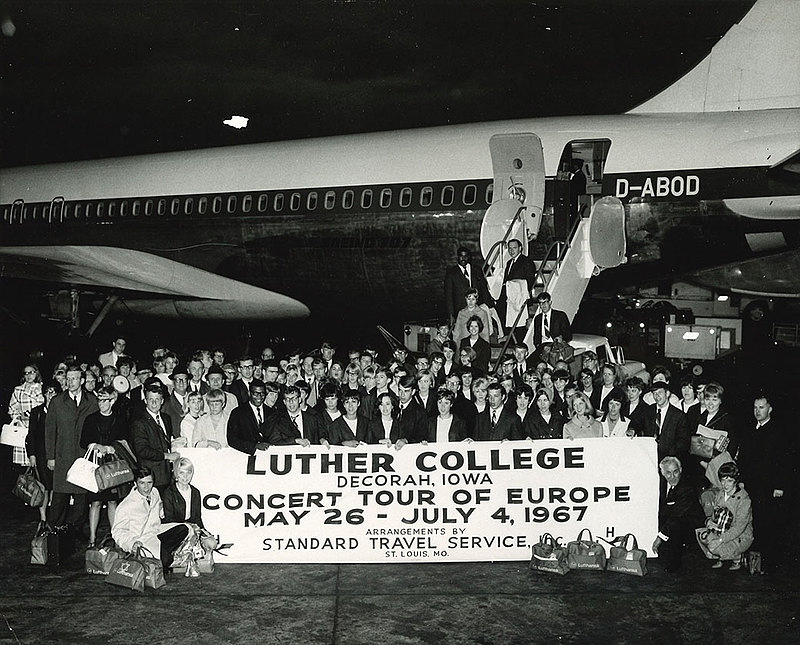 The legacy of Nordic is, for many members, life-changing. As part of their research, Last and Connors have interviewed past choir members, and their comments reflect the significance of Nordic in their own lives, long after their graduation. As Karen (Gesme) Brunssen ’75 shared, “It lives on afterwards, forever.”

Some comments make it clear that the relationships formed between choir members are just as impactful as the experience of performing. “I expected to make good music in Nordic Choir,” Gregory Peterson ’83 observed. “What I didn’t expect was to have the level of relationship experiences, spiritual experiences, and grounding in a way that felt authentic.”

“Nordic can be a forever family,” Evelyn Galstad ’20 shared. “I genuinely feel that Nordic is a place I will forever have a home…that I will forever be able to belong.” 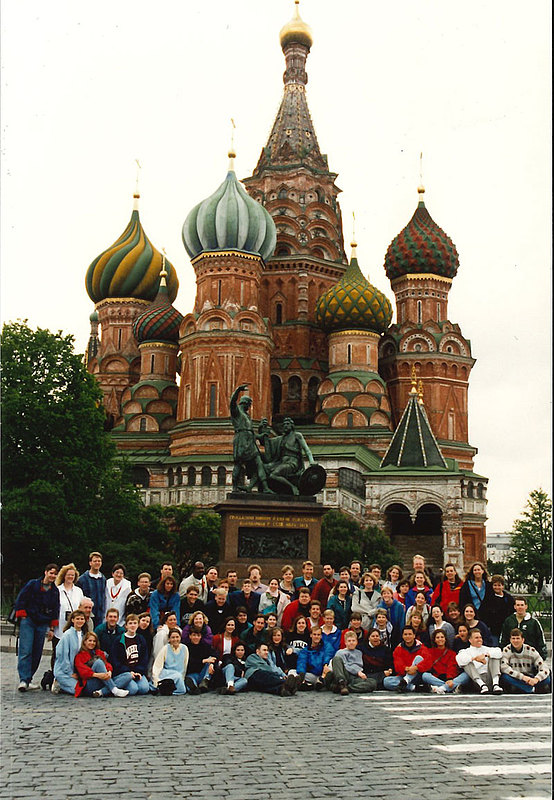 It is this sense of community among Nordic Choir members that has influenced Connors the most. “I learned a lot about what creates a long-lasting choral experience through interviews with both Nordic alumni and former Nordic conductors,” he says. “Their insights have impacted the way I am going to lead my future ensembles.”

Last and Connors anticipate the historical timeline and anniversary album will be released this fall. In the meantime, two new Nordic Choir albums, Coming Home to the Light and Lullabies, are available for streaming on Spotify, Apple Music, and Amazon Music.

As Luther’s oldest established study-abroad program, the Nottingham Year is a flagship for the Center for Global Learning. The 2021–22 cohort, led by professors Ben Moore ’02 and Sarah Frydenlund ’05, will be the 50th to participate in the program.

Luther’s connection to Nottingham arose out of an earlier college initiative. In 1958, Luther students began volunteering at Hothorpe Hall in Northamptonshire, a conference and retreat center then owned by the Lutheran Council of Great Britain. Students helped maintain the grounds and run summer camps for local children. In the summer of 1965, campus pastor W. Gordon Smedsrud ’43 and his wife, Marie, brought 15 Luther students to Hothorpe for a summerlong work camp. One of their projects was to assist pastor Hans Seger and his East German immigrant Lutheran congregation in Nottingham with renovating their new church.

In January 1972, Smedsrud reconnected with Seger when he returned to England to explore the possibility of developing a yearlong study-abroad experience. Seger helped Smedsrud establish contact with the University of Nottingham and secure housing and classroom space. In the fall of 1972, the Smedsruds returned with 15 students for the first official Nottingham year. Students shared a flat, took coursework from the University of Nottingham and the local Adult Study Center, studied courses on English history and culture with Smedsrud, and participated in community service projects at the Lutheran Church and other area congregations. 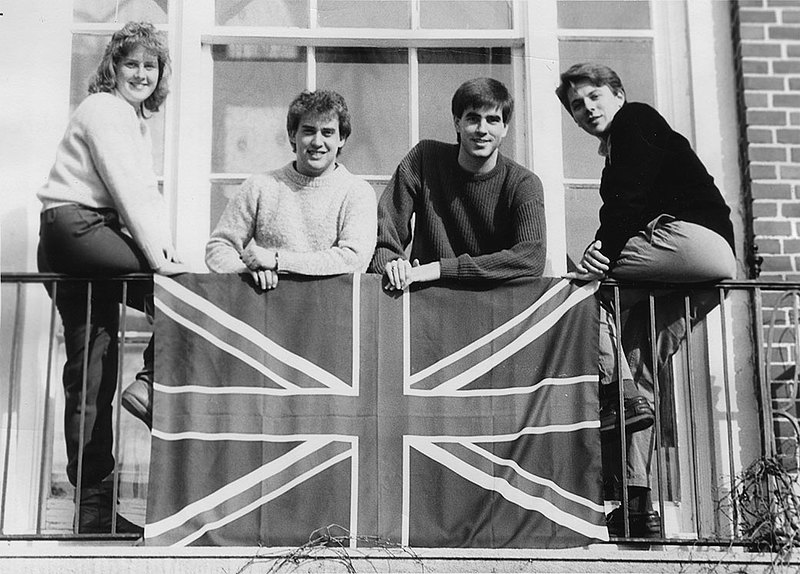 Since then, dozens of Luther faculty from a variety of disciplines have led the program. There have been changes over the years, as new directors bring unique experience and expertise. As Moore explains, “We, like directors before, have followed the path laid out over the 50 years of Luther College in Nottingham, each choosing when to add branches or prune back, to venture down different roads, finding new connections and practices with an eye on what is yet to come.”

Yet in the midst of these programmatic shifts, the values of the Nottingham program—living, learning, and working in community—remain the same. Students still share a flat, take part in community service events, and engage with the local community through organizations and university groups. And in these ways, the 50th cohort of students to experience the Nottingham program will, Moore says, “share in the five decades of history that offer students the opportunity to live as both citizens of Nottingham and ambassadors of Luther College.”