Composing for a cause

As Boston-based composer Joshua Shank ’03 entered quarantine in March 2020, he sat down at a piano to write music as an act of self-care. A few weeks later he had written an entire choral work using only a single word: alleluia. 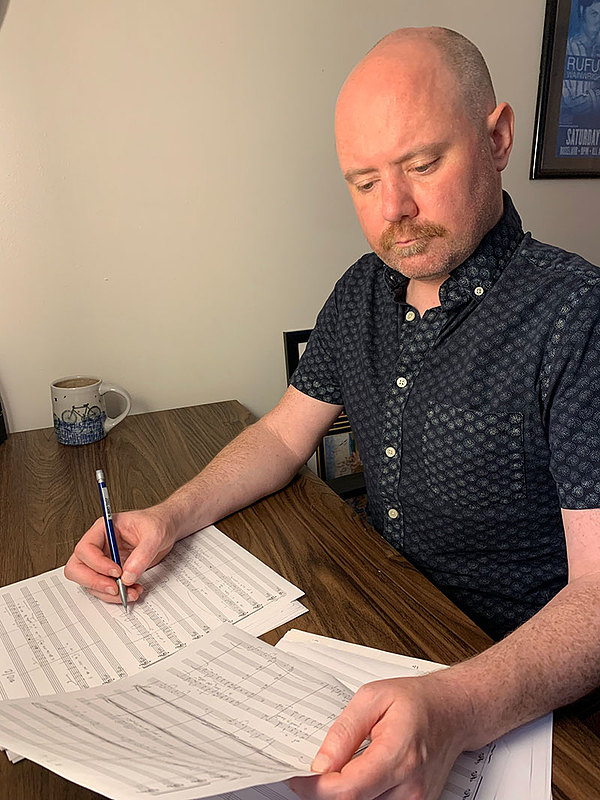 “For me,” Shank says, “that’s always been a word that expresses gratitude—being thankful for friends and family and music and laughter, but also for the growth that can come from sadness and grief over things we’ve lost.”

In order to help his colleagues in the performing arts who had their livelihoods decimated by the pandemic, Shank decided to recruit a group of choirs from across the US who would each pay a nominal fee in order to give the world premiere of the new work, titled alleluia (from quarantine). Normally, funds raised from a consortium like this would go to the composer, but Shank instead teamed up with the Sweet Relief Musicians Fund, a charity that provides financial assistance to career musicians in need to help cover medical costs, lodging, clothing, food, and other vital living expenses. His original goal was to raise $7,000. But by this point, at least 35 choirs from across the nation have joined the consortium and raised nearly $12,000.

One of those choirs was the Hickory Choral Society of Hickory, North Carolina, conducted by Ryan Luhrs ’04, who also serves as associate professor of music at Lenoir-Rhyne University. One of the singers in his choir was Gene Tesdahl ’01. 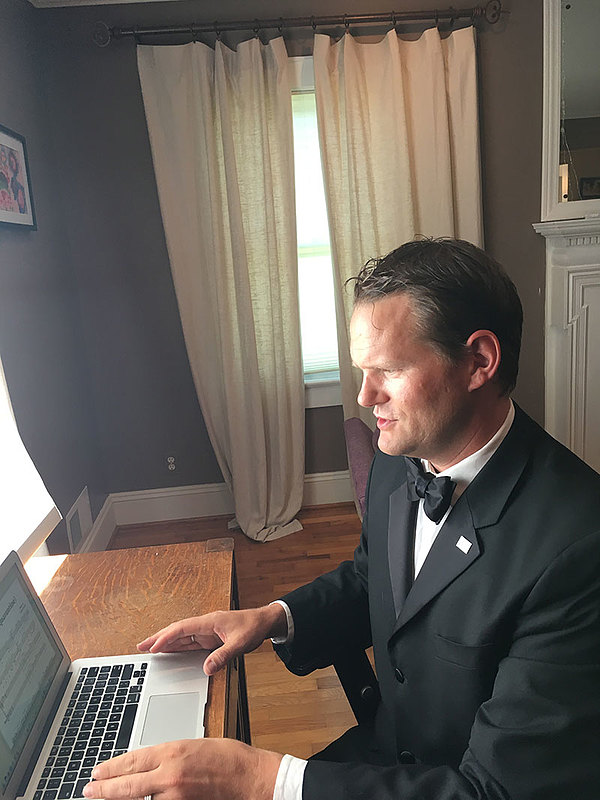 Gene Tesdahl ’01 was one of the singers in the Hickory Choral Society who premiered Shank's new work.

The Christmas at Luther 2020 performance had put Luhrs and Tesdahl in the mood to explore other ways to connect through music during an isolating time. Luhrs explains, “Gene and I reminisced about Juletide and Christmas at Luther. We discussed the importance of continued meaningful music experiences during a pandemic.”

He continues, “I played through alleluia (from quarantine) at the piano and immediately began making plans for the Hickory Choral Society to join the consortium and premiere the piece on March 21, 2021.” Shank attended the premiere via Zoom.

“Christmas at Luther 2020 moved me to tears,” Tesdahl says. “And before long, I was singing in a choir for the first time in over a decade—through a laptop due to a global pandemic, no less—being conducted by a friend from Luther for a piece written by another Luther friend, and once again weeping.”

“One of the most incredible things about the Hickory Choral Society’s presentation of the work,” Shank says, “was that they accompanied it with pictures of people dealing with the pandemic from their community—folks helping seniors celebrate birthdays, local headlines about schools trying to keep students safe, and acknowledgments of the staggering loss of life. Gene wasn’t the only Luther alum at that premiere shedding a tear.”