As the son of an Indian Air Force fighter pilot, Prometheu Tyagi ’15 and his family moved around the country every two years. He loved meeting people from different backgrounds, including at his international high school, United World College Mahindra.

But when he arrived in Iowa, Tyagi says, he really connected with Decorah. “It’s a very small, tight-knit community. It made me feel very at home. And it made me wonder: What makes this place so good and so warm? That’s when I first started thinking that I’d like to work in communities where there’s this kind of warmth between people.” 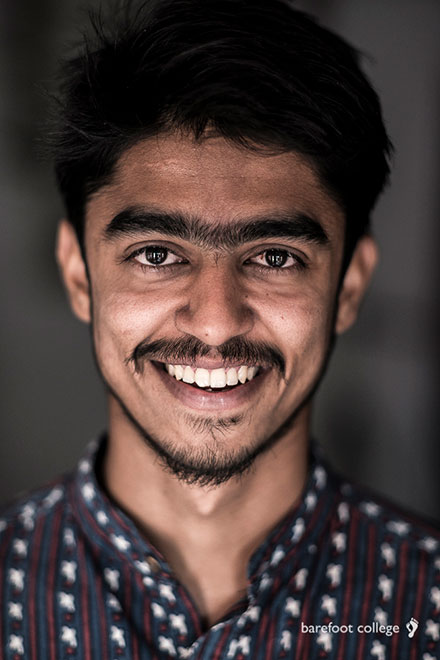 Tyagi, an economics and management major, also points to the liberal arts education—and particularly his philosophy courses—as critical to his decision to work toward bettering communities. “That’s when I started thinking more deeply about humans in general and what we ought to do. C.S. Lewis talks about a thing called universal truth, a sense of moral objectivity. It made me think about the crux of what we live or what defines us,” he says.

For Tyagi, this crux was situated in addressing inequality. “To see that a small community like Decorah can be so well-equipped, and people are respected as equals there—it made me think about why that’s not the case where I’m from. The Decorah area is categorized as the rural US. You look at rural India, and the story’s very different. It kind of inspired me to ask why my community can’t have what Decorah or Luther is providing? And all of this thinking started out with the philosophy courses and the readings I was doing. They made me realize that I have an opportunity to help reduce that inequality.”

He ultimately decided to do this by working for Barefoot College, a nearly 50-year-old nonprofit with a mission to connect rural communities to solar power, clean water, education, professions, and advocacy. One of Barefoot’s major initiatives is its solar engineering training program, which brings women from all over the world to global training centers, then trains them for five months with the knowledge to return home and electrify their villages. Tyagi manages these centers, which are located in India, Burkina Faso, Liberia, Senegal, Madagascar, Sierra Leone, Zanzibar, Tanzania, and, soon, Fiji.

The women Barefoot trains are mostly rural, illiterate mothers and grandmothers—solar mamas, Barefoot calls them. They’re identified in partnership with nonprofits that have been working with their communities for a long time on a grassroots level, and Barefoot tries to select women who come from marginalized communities and have often been discriminated against because of race or caste. 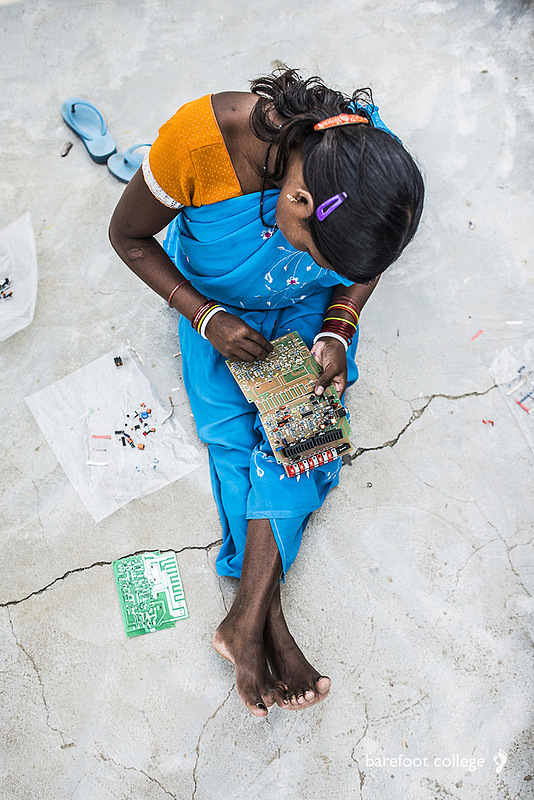 Tyagi trains nontraditionally educated women as solar engineers, allowing them to bring power their villages. Here, a solar mama works on the printed circuit board of a home lighting system.

The electrification of rural villages as a result of this training is powerful, Tyagi says, but “The more amazing stories actually come from the sense of empowerment that happens and the dignity the mamas develop in themselves. So the stories revolve around the idea that Yes, I’m bringing electricity to my village but also around the idea that *I* am the one who’s bringing it. The least expected people are making the biggest changes.” 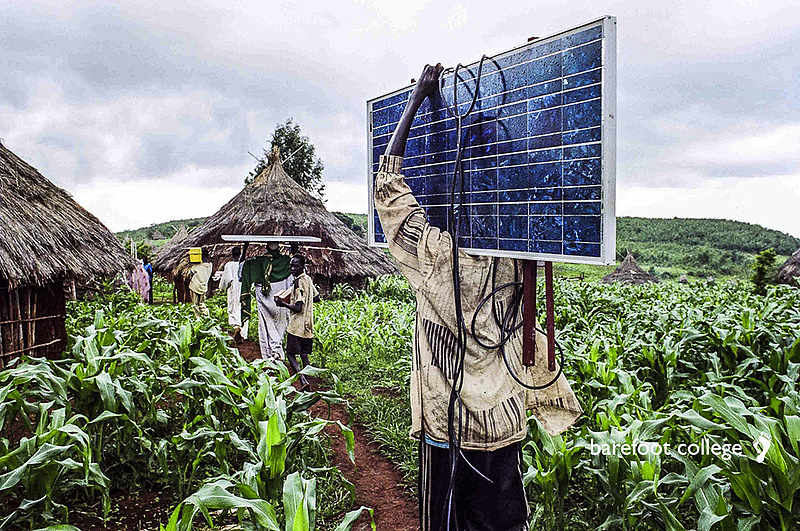 After training with Tyagi and others, women who attend Barefoot College are able to bring solar power to their rural villages around the world.

In addition to training them as solar engineers, Barefoot also gives solar mamas programming around health and hygiene and social stigma, particularly in relation to menstruation. “We talk about it openly and freely,” Tyagi says. “At the start, they’re very reserved because they’re unsure if this is actually a thing you can talk about with other people. By the middle of the training, the same mamas who were very shy are loud and outspoken. They’re putting forward their point of view on different topics. That’s when you actually see the impact of empowerment and the training they’ve gone through. Now this person is able to put their point of view in front of anyone, and they’re so proudly making a statement. They’re not afraid of the social stigma or perception—they’re confident. That’s something you can’t measure. You can measure the number of villages we’ve electrified, the number of trainings we’ve had, the number of solar mamas who have come, but you can’t measure empowerment.” 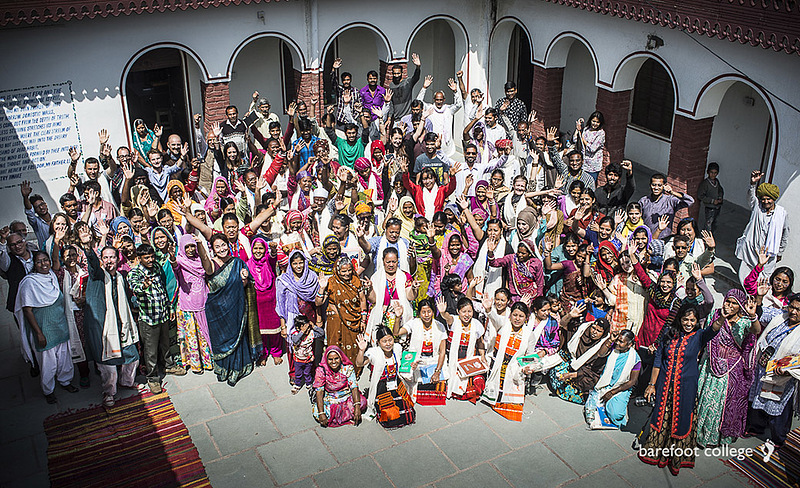 Tyagi helps train groups of women like this one, celebrating graduation, to become solar engineers for their home villages.

He continues, “When I’ve visited these villages afterward, the solar mamas kind of become the queen of the village, because you have this woman who wasn’t given any preference, and now suddenly she’s the one who’s electrifying your village. And at the same time she’s spreading awareness on topics that are contextualized to place. That’s an amazing thing to see, and that’s what we aim to do through this training—make these women more confident and more empowered through these experiences.”