When the pandemic hit, Rodolfo (Rudy) Nieto ’04, a Minneapolis-based musical theatre and opera performer, turned to composing to cope. “For myself and a lot of my colleagues, the theatre is our church and our community gathering,” he says. “It was such a vital part of our lives that was taken away.” While composing during the pandemic started as a means of making peace with his new reality, it ended up allowing him to explore a heritage that, like a lot of third-generation immigrants, he hadn’t fully connected with before. 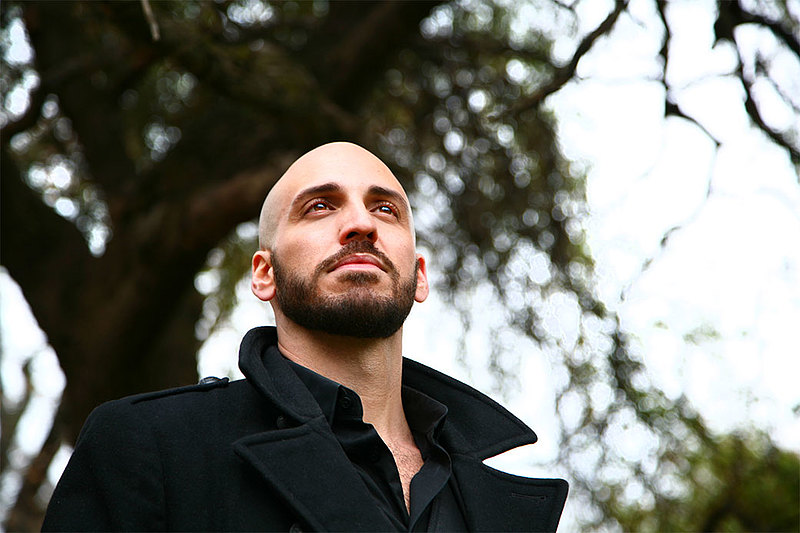 By connecting with his dual heritage, Rodolfo Nieto ’04 writes bilingual music for everyone.

Nieto grew up in the Chicago suburbs in a multicultural household, with a white mother and Hispanic father. Though both of his parents spoke Spanish, Nieto says, “Growing up I always favored the white side of my life. No one taught me to do this, it was just how it was. I spoke the language, I was more familiar with the customs, and I was comfortable in that world.”

He continues, “My educational and artistic goals were all based in white European traditions. The languages I studied were all Western European. The people I surrounded myself with were predominantly white. Those things in and of themselves are not bad in any way, but now I see them as extremely lacking. In my own myopic view, all of my dreams and goals were based in a white Western world, and I never considered that my talents could have been used outside of that.”

A collaboration with friend and colleague Alejandro Magallón changed everything. When the two performed a recital of Mexican folk and pop songs with other musicians who hailed from Mexico, Nieto says, “Doing this music and communicating with these members of the band in their language, which was a part of my culture, opened up that door and that feeling and that love. All of a sudden there was a release in me, a freedom in myself.”

During the pandemic, Nieto was contacted by OOPS MN (Opera-Oriented Projects Sponsorships in Minnesota), which connects patrons to artists’ self-directed projects featuring classical singing. He’d already been working on a few Spanish-language songs and decided to use the OOPS MN opportunity to compose, perform, and record a bilingual suite of nine songs that express universal experiences—like feeling isolated, feeling stuck, feeling like you’ve ignored something important—from an American Latinx perspective.

The result, Un Despertar/An Awakening, was performed and recorded at the Ritz Theatre in northeast Minneapolis, where Nieto was supposed to have performed in La Bohème before the pandemic shut down the production the day before it opened. The set was still up when Un Despertar was recorded a year later, and it’s an apt illustration of Nieto’s dual heritage, the set of this traditionally European art form composing the background for Latinx American singers.

“Without realizing it,” he says,”I was missing and yearning for this side of my identity, and now that it’s opened I have found so much more passion, life, vibrancy, purpose, and opportunity in my work.”

Watch Un Despertar and other performances on Nieto’s YouTube channel.