All the news that’s fit to watch

In the four short years since graduating from Luther, Paige Lobdell ’16 has risen like a meteor through the world of broadcast journalism. Now, at 26, as supervising producer for NewsNation, she orchestrates what thousands of viewers across the country see and hear during a brand-new primetime live national news program. 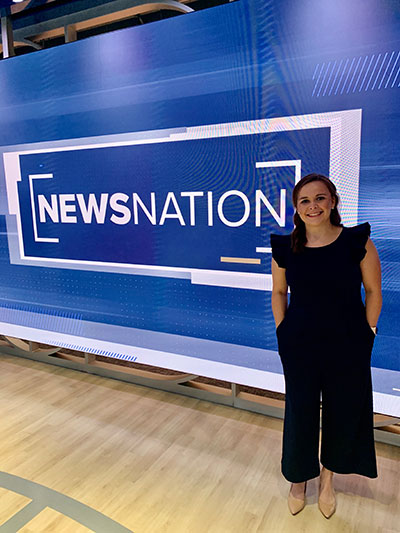 Lobdell grew up with The Today Show on in the background every morning as her family got ready for school. She pinpoints 9-11 as her first significant news memory. Watching coverage of the event as a child, it dawned on her, she says, that “This is an industry where people are looking to you for information, they’re looking to you for a sense of comfort and a sense of what’s going on. And I thought, I want to be a part of sharing these stories.”

At Luther, Lobdell, a communication studies major, pursued her interest doggedly, through work-study positions writing for Luther’s communications team and doing play-by-play radio for the athletics program. She interned at media stations like KFAN Radio in Minneapolis and KSDK 5 in St. Louis. When she graduated, she got a job as a weekend overnight producer at NBC 15 in Madison, Wis. “I did my interview on spring break in Florida with the softball team,” she remembers. “I found out I got the job right before getting on a bus trip to go to a game.”

Lobdell worked her way up over two years at the station, finding her niche producing evening news. She then moved over to Minneapolis’s Fox 9 KMSP, where she produced its hour-long 9 p.m. newscast in the Twin Cities. Two years later, when she heard about WGN’s new venture in Chicago, she jumped at the chance to be closer to family in Illinois and help launch an ambitious project. 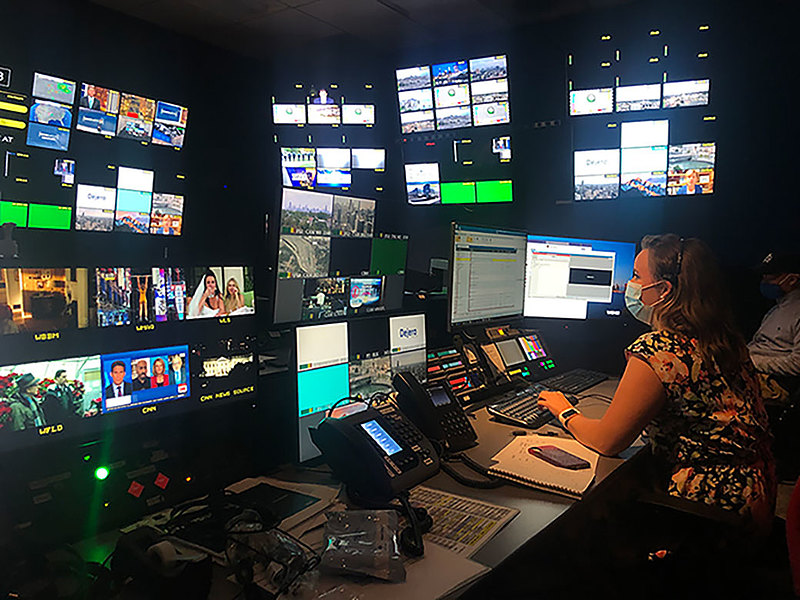 Lobdell supervises the first hour of the program from a bank of monitors.

NewsNation is a three-hour national nightly news program, and as supervising producer, Lobdell is responsible for its first hour, 7–8 p.m. central. She has input on the stories its correspondents cover. She decides the order and placement of segments. She writes the text that anchors read off the teleprompter. She lines up the graphics and maps that appear on screen and decides the camera shots. In short, she’s responsible for the content and presentation of the first hour of the show, and she monitors it from a booth with a bank of dozens of live screens.

This sounds like a lot to tackle five nights a week, but Lobdell thrives under pressure. She likens the vibe at the studio to her Luther softball experience, saying, “There’s a real team atmosphere—it’s not just me plugging away behind a computer all day—there’s a whole group of journalists. And you want to be there in those big moments—you want to be there to pull things off for your team.” 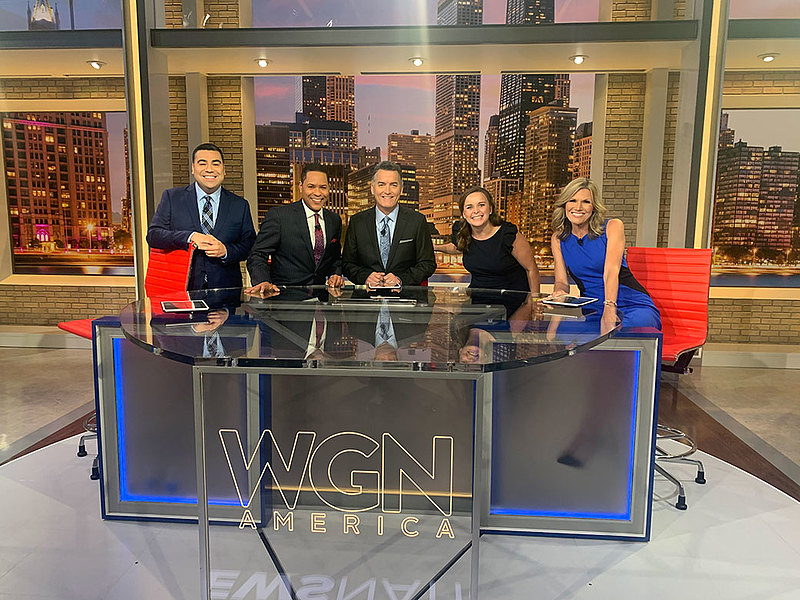 NewsNation’s parent company, Nexstar, describes the program as “fact-based, impactful, educational, and unbiased.” Lobdell says the program has a team that reviews scripts for biased language and another team that reviews the programs after they air and runs debriefs on instances of bias. “We’re still learning, we’re a work in progress,” she says, “but we spent months going through training and exercises and writing exercises to be able to arrive at a place where we feel like we know how to look at different subjects impartially. We’ve created a really cool atmosphere where we can have open conversations with a lot of different perspectives.”

The program launched on September 1, and Lobdell’s already covered some historic events, like the passing of Ruth Bader Ginsburg, the ongoing pandemic, and the 2020 presidential election. And this, of course, puts her right where she’s wanted to be since childhood: delivering news to keep people informed and connected during uncertain times.