Last November, Tony Pérez Soto ’20 was sent as a Costa Rican delegate to the United Nations Climate Change Conference of the Parties (COP26) in Glasgow, Scotland. 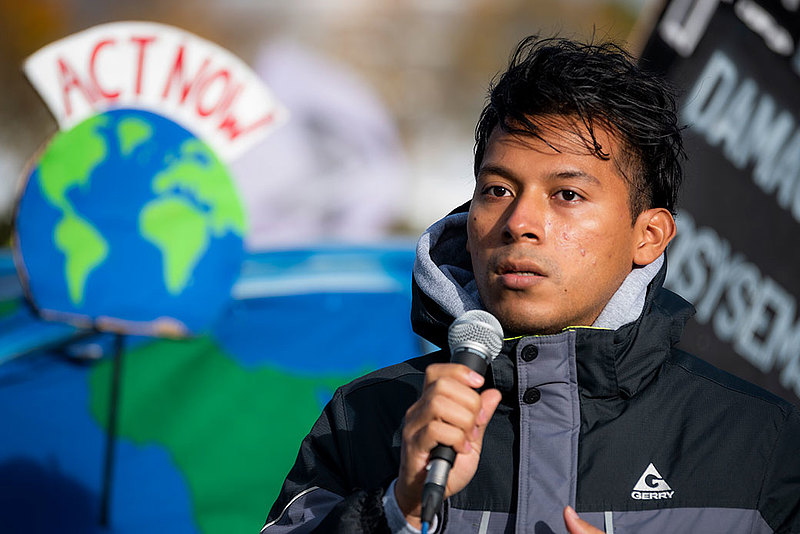 On the streets outside COP26 in Glasgow, Scotland, Pérez Soto delivered a presentation on loss and damage. Photo credit: Extinction Rebellion UK.

As world leaders struggled to draft an effective plan to curb climate change—in particular, to limit temperature rise beyond 1.5 degrees Celsius—thousands of protestors, including Pérez Soto, took to the streets to demand drastic action.

“It was really great to see so many people—and I mean thousands of people—in the streets, in different panels, in different venues pressuring global leaders to act on climate change and understand that we don’t have the luxury of time. We don’t have the luxury of meeting in fancy rooms, because many of us are already experiencing climate change,” he says.

It’s easy to feel cynical about COP26, where fossil fuel lobbyists—in excess of 500—outnumbered delegates from any nation. Boris Johnson, the UK’s prime minister, left the conference in a private jet. Leaders from some of the most impacted areas, like the Pacific Islands, were severely underrepresented, in part because COVID restrictions made attendance difficult or impossible for them.

And critically, most of the negotiations excluded indigenous voices, which was one of Pérez Soto’s main concerns.

In his home country, Pérez Soto is involved in the Recuperación de Tierras movement, or the Land Back movement, which seeks to protect and restore indigenous land rights. He explains, “The invasion of indigenous lands and indigenous territories is a constant threat to people’s safety.” 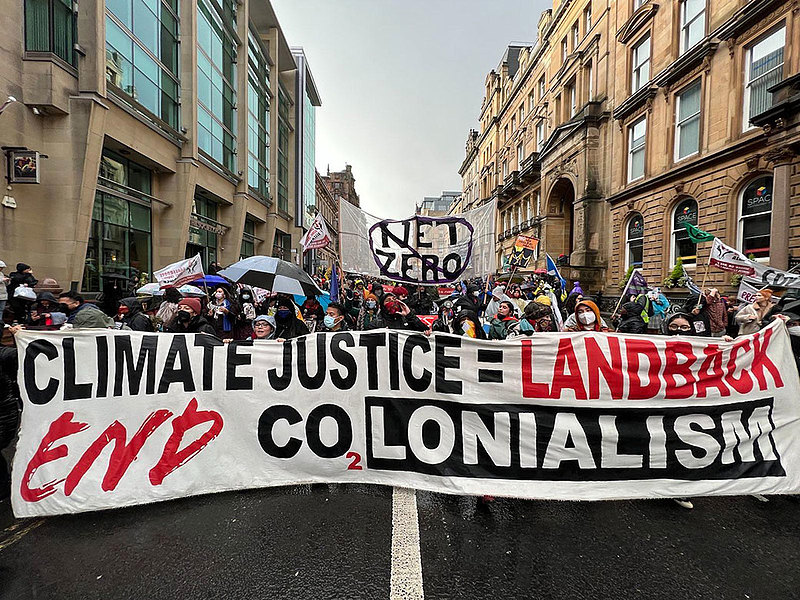 On November 6th, 2021, the Indigenous Block, of which Pérez Soto was a part, led a Global Day of Action March at COP26. Photo credit: NDN Collective.

He means this on a local level but also, in some ways, on a global one, since many indigenous cultures prioritize an environmentally positive relationship with the Earth in a way that governments and corporations often don’t. At the conference, he says, “I saw people from the Amazon and Africa and the Pacific Islands saying, For centuries we have protected the forest, the oceans, the water, the air. The solutions to combat climate change have been available already for centuries, and Indigenous People have been calling on those solutions to become national and international agreements and policies, but ultimately people are governed by profits. Something like ending fossil fuels is not really to be negotiated. It’s not something that can be postponed—this is an emergency, this is urgent, and we must do it.”

Pérez Soto attended COP26 to remind the world that Indigenous People need to be at the center of conversations about climate change. “These voices must be amplified and uplifted,” he says. “That’s part of how I see the way forward.”

Pérez Soto’s innate sense of environmental justice was honed through the sustainability-focused curriculum at United World College Robert Bosch in Germany, where he went to high school. “There I became very involved with the environmental movement and very aware specifically of climate change consequences,” he says. “And then I could understand why, back home, our rains became more or less prominent, why our water was polluted, why our air was polluted, essentially why the weather was changing and why we were also changing with it, because our practices were impacted.” 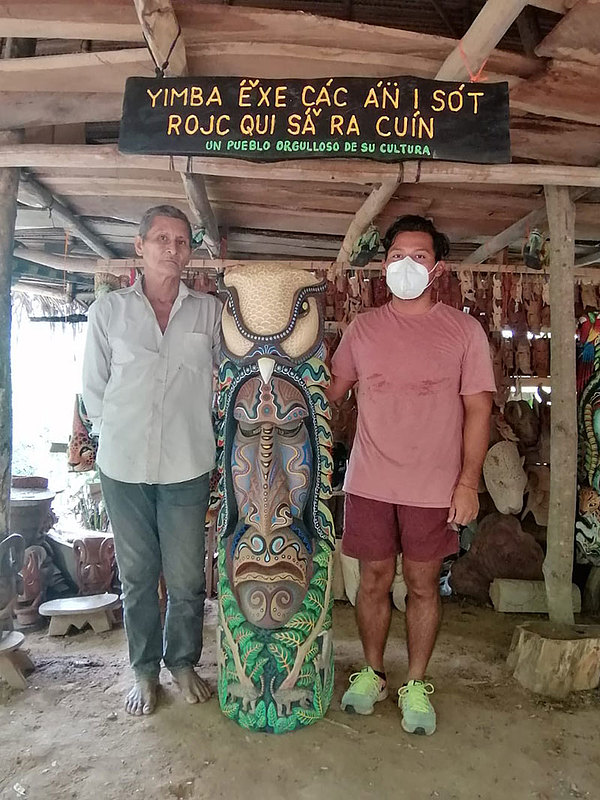 At Luther, Pérez Soto began to better understand the intersections of sustainability and racial and socioeconomic identity. “It was very palpable,” he says. “It was something that you could experience both within and outside the Luther community. And sometimes, sure, that was to be celebrated, but often that also meant that some people were less valued.”

Pérez Soto channeled this uneven experience into leadership roles in Latines Unides and the International Students and Allies Association. He was also part of a call to action to decolonize the curriculum and make it more diverse. “That is definitely part of my journey,” he says, “helping spread awareness that we are all different, which is to be celebrated—but there are also so many things that unite us, and right now climate change is one of those things.”

At Luther, Pérez Soto got involved with Earth Guardians, which trains young people to be effective leaders in environmental, climate, and social justice movements worldwide. After graduating, he was hired as an Earth Guardians regional program codirector, helping design, assist, and guide projects focused on reforestation, climate education, youth training and empowerment, ecotourism, permaculture, beach cleanups, and more. It was as an Earth Guardians activist that he attended COP26.

A way forward through empathy

Pérez Soto is currently pursuing his master’s degree in applied diplomacy with a concentration in migration at DePaul University in Chicago. While he was in high school in Germany, during the heart of the European refugee crisis in which Germany received about 1.2 million refugees, Pérez Soto volunteered to help and saw firsthand how much need there was—and he also saw the value in working outside official channels to mediate, negotiate, bring people together, and uplift unheard voices.

Now, he says, “I don’t think only about how I want to work in an embassy or consulate or at the UN or at international intergovernmental organizations, but rather I think about, how do we reconcile different perspectives? How do we allow each other to understand what we’re saying? How do we allow for the voices that we’re talking about to be brought to the table?”

Whether the subject is climate change or migration or both, Pérez Soto thinks that radical positive change starts with empathy. “Sometimes being drastic and being radical means exactly that—it means prioritizing people’s well-being and safety above private extensive accumulation of individual and corporate and government wealth. There’s value to how we humanize other people and how we all become more humane when we understand that people’s struggles are real and people’s livelihoods are in danger—and not only their livelihoods, but also their history, culture, and connection to their Ancestral Land.”