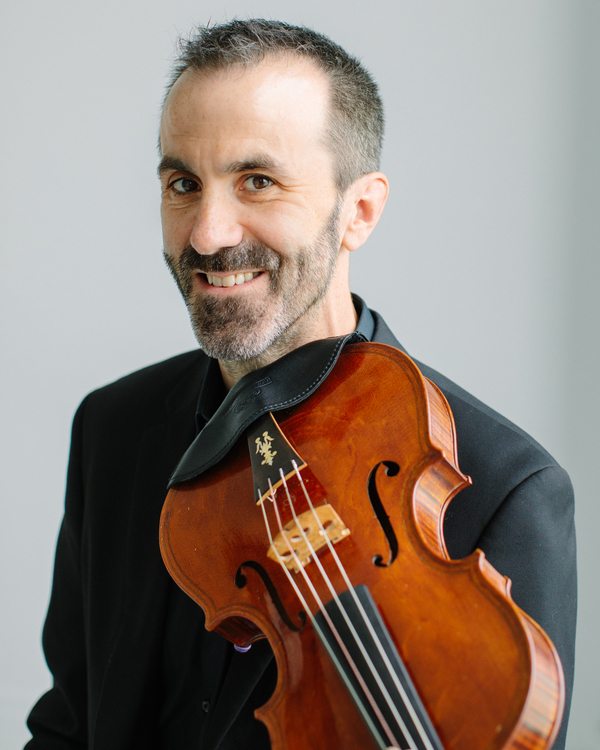 Spencer Martin has performed and taught at music festivals throughout the U.S., Canada, Israel, and Europe. An active chamber and orchestral musician, he performs frequently in the Luther College Piano Quartet and serves as the festival violist at the Bonneville Chamber Music Festival (Utah). He has appeared as guest violist with the Pro Arte String Quartet and the Amelia Piano Trio and his solo performances include Berlioz’s Harold in Italy with the Luther College Symphony Orchestra in venues in Austria, including Vienna’s Konzerthaus. Spencer has served as Principal Violist in the Tuscaloosa Symphony, and also frequently performed in the viola sections of the Minnesota Orchestra, the Alabama Symphony Orchestra, the Wichita Symphony Orchestra, and the Indianapolis Chamber Orchestra. Spencer’s solo, chamber, and orchestral performances have been featured in numerous radio broadcasts including National Public Radio, CBC, Minnesota Public Radio, and Kansas Public Radio.

Spencer’s CD, “Gems Rediscovered,” was released to critical praise on the Delos label in 2012 and features lesser-known works for viola and piano by Ernest Walker, Paul Juon, Robert Fuchs, and Benjamin Dale. Spencer can also be heard on the Innova label on the disc “Waves of Stone, Music by Brooke Joyce.”

Spencer serves as co-director of the International Music Festival of the Adriatic, a chamber music festival for piano, strings, voice, and composition in Duino, Italy. A former member of the music faculty at the University of Alabama, Spencer holds degrees from Butler University, Wichita State University, and the University of Minnesota. His teachers include Korey Konkol, Catherine Consiglio, and Barbara Westphal. Also, an avid proponent of Baroque music, Spencer performs frequently on Baroque violin and has studied in Berlin with Baroque violinist Bernhard Forck.

MUS 250 Introduction to Conducting
A study of fundamental gesture, technique, and score preparation. Additional focus is given to oral communication and writing related to the art of conducting and self-evaluation.

MUS 273 Chamber Music
Instruction in the literature for small ensembles. Ensembles should be approved by an instructor before registration. Open to all students regardless of major. All ensemble members must be registered. This is a chargeable credit and will count toward the 36 credits for the year.

Philharmonia is directed by Spencer Martin and auditions for the ensemble are held annually.