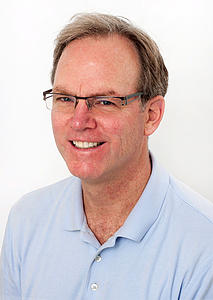 Martin Klammer, Professor of English, has been taking students to South Africa for J-term courses since 1998. His teaching interests include the American novel, South African literature, and Walt Whitman. Martin is the author of Whitman, Slavery, and the Emergence of Leaves of Grass (Penn State Press, 1995) and co-author of In the Dark With My Dress on Fire: My Life in Cape Town, London, Havana and Home Again (Cape Town: Jacana, 2010), a memoir of Blanche LaGuma, an underground activist and wife of celebrated novelist Alex La Guma.

ENG 354 American Novel
A study of major American novelists from the mid-nineteenth century to the present, such as Melville, Stowe, Twain, Cather, Faulkner, and Morrison. Some attention is given to theoretical approaches to American literature.

AFRS 240 Africana Women’s Writing
A study of writing by selected Africana women writers from Africa, the Caribbean, the United States, and elsewhere in the African diaspora. Topics may vary by geographic region or theme.

AFRS 239 New Hope Summer Camp, South Africa: Service Learning and Vocation
In this course you will experience the joys, challenges, and realities of service in the wider world by helping lead an after school camp for disadvantaged youth ages 5-16 in Cape Town, South Africa. Organized by New Hope Ithisi iAfrika (New Hope Feeds Africa) the camp will offer music, sports, art, drama, personal health, and other activities as well as life skills. In the first week we will have a service learning opportunity with youth at Othandweni orphanage in Soweto. During the month we will also visit historical sites and speak with South Africans about the challenges of transforming a post-apartheid, democratic society. At heart this course will invite each of us to ask: how do I live out my vocation of service in a wondrous but complicated world?

I hope my recent book, In the Dark With My Dress on Fire: My Life in Cape Town, London, Havana and Home Again, will make an important contribution to recent South African history. I helped Blanche La Guma write her life story, the tale of an amazing 79-year-old woman who grew up in a working class “coloured” (mixed race) family in Cape Town, South Africa, and became an underground Communist Party activist fighting the racist system of apartheid. She married Alex La Guma, a famous novelist, and raised two sons while working full-time as a midwife and continuing her clandestine activity as a member of a small underground cell. Because of their political activities the family was forced into exile, first in London and then Havana, Cuba, where Alex served as the African Nationalist Party (ANC) representative for Cuba and the Caribbean before his death in 1985. Blanche, a terrific storyteller with many stories to tell, is a person of great warmth, integrity, and humor.