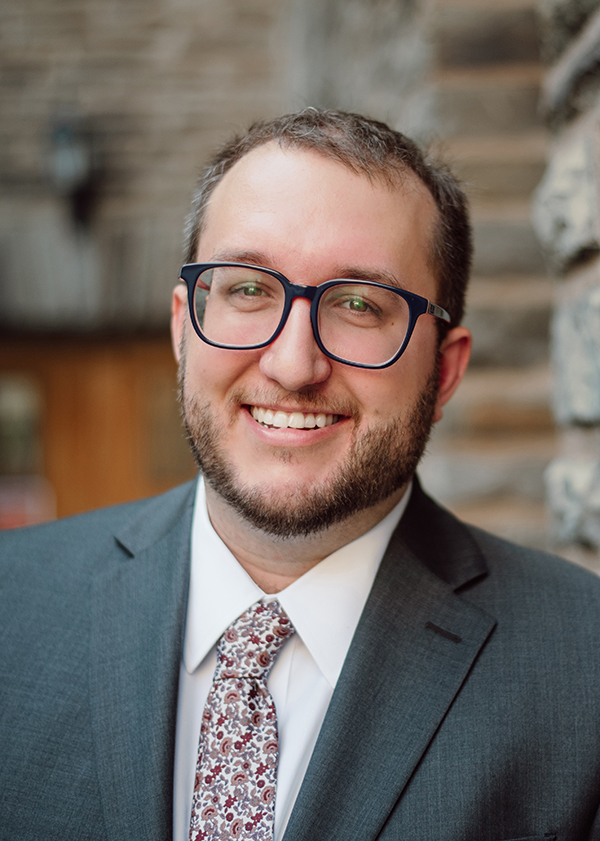 Alexander Meszler is an organist dedicated to interdisciplinary performance and research. His performances and research aim to inspire new perspectives on the organ and its capabilities both within and beyond the liturgy. He serves as College Organist and Assistant Professor of Music at Luther College. With Kimberly Marshall, he is the General editor for a forthcoming online Encyclopedia of the Organ that will contain 4,000 articles about the organ.

As a Fulbright recipient, Alexander spent a year in Versailles, France to research secularism and the organ and to study with Jean-Baptiste Robin at the Conservatoire à Rayonnement Régional de Versailles. A strong advocate of music by living composers, Alexander currently serves as a member of the American Guild of Organists’ Committee on New Music. In 2019, he was named one of The Diapason’s “20 under 30.” He co-created “Walls of Sound: The Ecology of the Borderlands” which brought together collaborators from across the disciplines of music, science, theater, art, and activism. This project was funded in-part by the Foundation for Contemporary Arts out of New York City. He is the Vice President of Epsilon Spires, a non-profit organization for the arts and sustainability in Brattleboro, Vermont.

Alexander is an active researcher. In 2018, he was awarded a grant from the Ruth and Clarence Mader Memorial Scholarship Fund for his ongoing project, “The Organ and Secularized Churches: Church Brewpubs of the Rust Belt Region.” In 2017, he was awarded a substantial grant from the Arizona Center for Renaissance and Medieval Studies for a project that led to informal recordings on sixteenth-century organs throughout the Netherlands and Italy. His interdisciplinary research and performances have been included at the National Convention of the American Guild of Organists, the Rocky Mountain chapter of the American Musicological Society, the Westfield Center for Historical Keyboard Studies, the Historical Keyboard Society of North America, the European Association for the Study of Religion, and the Society for the Scientific Study of Religion.

In 2020, Alexander completed his Doctor of Musical Arts Degree at Arizona State University under Kimberly Marshall. He finished his Master’s in Organ Performance and Music Theory at the University of Kansas where he studied organ with Michael Bauer and James Higdon and his Bachelor’s in organ with Kola Owolabi while at Syracuse University. Before Luther College, he served as an Adjunct Professor at Syracuse University and Hamilton College.

Document: “The Organ in a ‘Secular Age’: Secularization and the Organ in the United States”