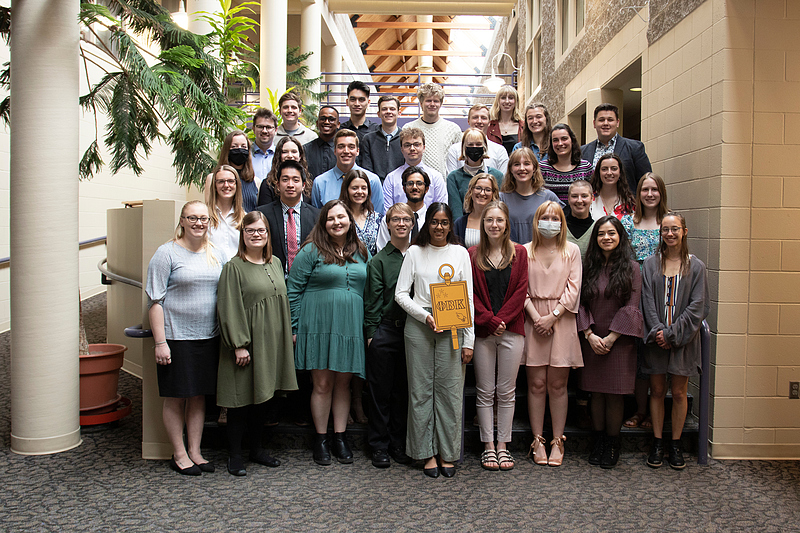 The Luther College chapter of Phi Beta Kappa has 45 new members including 41 seniors and four juniors. On Sunday, April 24, the students were inducted into the oldest and most respected undergraduate honors organization in the United States. Members are elected on the basis of broad academic interests, scholarly achievement and good character.

The 2022 inductees include seniors:

The junior members will become student leaders in the organization during their senior year. They will be invited to chapter meetings and encouraged to participate in chapter activities, including the Phi Beta Kappa Visiting Scholar events.

Luther College is one of a select group of private liberal arts colleges in the United States with a chapter of Phi Beta Kappa. The society has fostered and recognized excellence in the liberal arts and sciences since 1776 and the society’s distinctive emblem, a golden key, is widely recognized as a symbol of academic achievement.