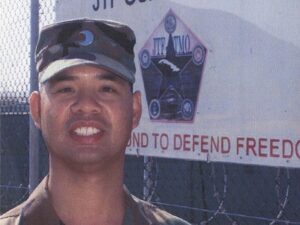 Luther College will host a series of events to recognize 20 years since the attacks on 9/11. Organized by the Center for Ethics and Public Engagement (CEPE), the central theme is “9/11 and the Ethics of Memory.”

“It’s important to recognize that we are increasingly serving a student body that has little to no living memory of 9/11. For many college students, 9/11 represents an event for the history books. This raises important questions for the rest of us. How do we tell the stories of 9/11? Whose voices and experiences do we privilege and whose are often left out as we tell these stories?” said Todd Green, associate professor of religion. “We have an opportunity to help our students and our community think more carefully and critically on how our collective memory of a tragic event is pieced together, and the impact of this collective memory on younger generations.”

All events are open to the public with no charge for admission.

“What Changed, and What Didn’t? The Impact of 9/11 on Muslims in the West”
7 p.m. Thursday, Sept. 9, Center for Faith and Life Recital Hall

While it is commonplace to assert that 9/11 changed everything, in regards to perceptions of and policies toward Muslims, the picture is more complex. A conversation and Q&A session with Green, a scholar of Islamophobia, will explore the impact of 9/11 on Muslims in the U.S. and Europe, with attention to what did and did not change for Muslims as a result of the 9/11 attacks. Topics that will be addressed include the history of anti-Muslim prejudice, European and U.S. imperialism, the war on terror, restrictions on civil liberties, media representations and public commemorations of 9/11.

Due to the anticipated attendance, face masks will be required.

John Cord, professor of music, will open the event with a performance of “Taps.” Then, Luther faculty members Holly Moore, associate professor of philosophy and identity studies; Robert Shedinger, professor of religion; and Michael Engelhardt, professor of political science, will share their reflections on the events of 9/11 and how that day affected their lives and careers. Following their comments, audience members are invited to share their own recollections.

Candlelight vigil
8 p.m. Saturday, Sept. 11, in front of the Center for Faith and Life

All are welcome to participate in a candlelight vigil to remember those who died as a result of the 9/11 attacks, both on that day and in the wars that ensued. The event is hosted by the CEPE and College Ministries.

James Yee, one of the first imams in the U.S. military, will recount his experience serving as a chaplain to Muslim prisoners at Guantanamo Bay after 9/11 and will speak to his later imprisonment after being falsely accused of spying and aiding the Taliban/Al-Qaeda prisoners. He was held in solitary confinement at the Consolidated Naval Brig in Charleston, South Carolina, for 76 days before being released and given an honorary discharge.

“James Yee is an important part of the story of 9/11. Yee observed firsthand how 9/11 generated a level of paranoia and prejudice that resulted in our nation abandoning its professed values of justice and tolerance. His experiences provide us with an opportunity to come to terms with the human rights abuses perpetrated by the U.S. government and to wrestle with how this knowledge affects how we remember 9/11 and its impact,” said Green.

Yee’s gripping account of his Guantanamo experience and struggle for justice is published in “For God And Country: Faith and Patriotism Under Fire.”

This concert hosted by the Luther College Music Department will combine musical selections composed in response to 9/11 and personal recollections of community members. Included on the program are compositions by Adam Gwon, Ned Rorem, Bruce Springsteen and Karen Walwyn.

This event marks the 29th concert in Luther’s “Music in the Shape of a Pear” annual concert series directed by Brooke Joyce, professor of music. Performances include collaborations between Luther faculty, staff and students; local musicians and guest recitalists.

Luther College is home to more than 1,800 undergraduates who explore big questions and take action to benefit people, communities and society. Our 60+ academic programs, experiential approach to learning and welcoming community inspire students to learn actively, live purposefully and lead courageously for a lifetime of impact. Learn more at luther.edu.