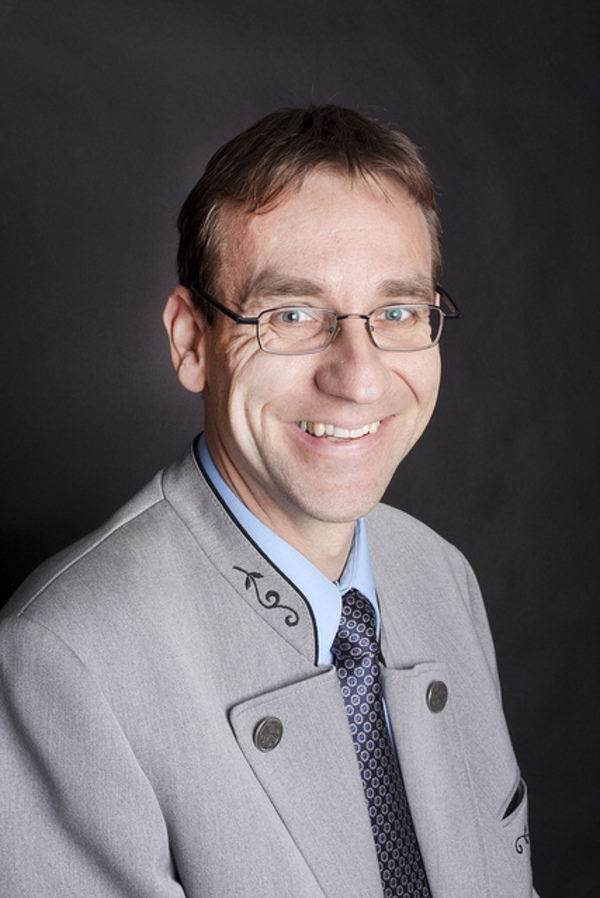 Sören Steding came to Luther in 2004. Before that, he taught at the University of South Carolina in Columbia, the Moore School of Business in Columbia, and Michigan State University in East Lansing. In the Department of Modern Languages, Literatures, and Linguistics he teaches at all language levels.

Born in Germany, he received his M.A. in German Literature from Vanderbilt University in Nashville, Tennessee, and his Ph.D. in German from the University of Regensburg in Germany. He also passed the first state examination in Bavaria, Germany, for the teaching areas German, History, and Civics.

Luther’s emphasis on interdisciplinary teaching allows him to offer courses regularly outside the department, for example for the Paideia program (Cyberethics, Ethics and Technology, Archaeologies of the Future) and the Scholars program (The Universe, Being Human, Our Dreams and Fears). He also taught a January term course on Richard Wagner.

Professor Steding is the director of the Münster Semester program at Luther. The Münster program takes a group of students every other spring to study abroad and live with German host families in Münster, Germany. The program started in 1989 and is one of Luther College’s longest running study abroad programs.

His research interests range from 19th century German literature to military propaganda in West- and East-Germany during the Cold War. He also is an accomplished author of short fiction and has won several prizes in literary competitions.