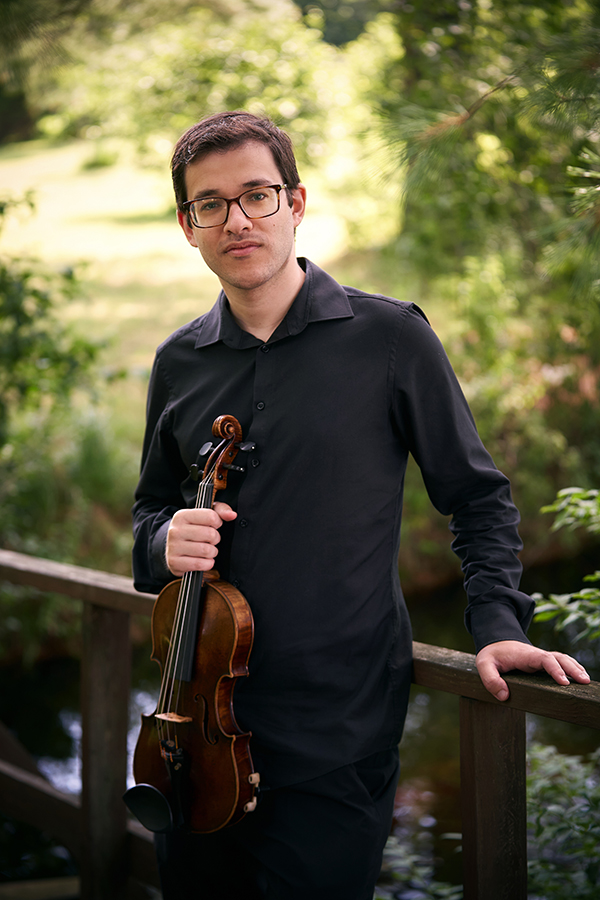 Violinist Joseph Kromholz joined the faculty of Luther College in 2022. He was previously head of strings at Youngstown State University and taught music theory at New England Conservatory. He was a founding member of the Dana Piano Trio and the Vesuvius String Quartet, and he has served in leadership positions in CityMusic Chamber Orchestra, Opera Western Reserve, Youngstown Symphony, Hauptstadt Sinfonieorchester, and Orchestre Symphonique de Luxembourg.

Born in New York, Joseph Kromholz grew up in Reston, Virginia. He studied violin at the Cleveland Institute of Music, where he earned the Levine prize for Chamber Music and the Prize for Special Achievements.  During that time, he obtained a minor in economics through Case Western Reserve University, followed by a doctorate from New England Conservatory. His teachers included Paul Kantor, Miriam Fried, Itzhak Perlman, Peter Salaff, and the Cavani String Quartet.

In addition to his careers as a performer and teacher, Joseph Kromholz has held several positions in nonprofit business and politics.  A founding faculty member of Encore Chamber Music, he has served on the board and as its president.  He has studied six languages and adores cats.