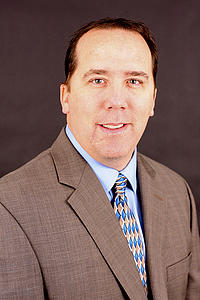 Caesarea Maritima: Excavating in the City of Herod

Dan serves as senior staff archaeologist for the Caesarea City and Harbor Exploration Project (CCHEP). Since 2018 our team, directed by Dr. Joseph Rife and Dr. Phillip Lieberman of Vanderbilt University, has conducted intensive archaeological excavations of the north side of the Temple Platform and the south-central district of the decumanus maximus. This area was first occupied by Herod’s great Temple to Roma and Augustus and a dense adjacent neighborhood, then by an episcopal complex surrounding the Octagon, perhaps by the lost Great Mosque, and finally by a Fatimid souk. The project involves both Vanderbilt and Luther students, in addition to experts and volunteers from other schools and institutions around the world. For the archaeology fieldschool page, click here.

Ancient Shipwrecks in the Deep Sea

Between 2008 and 2013 Professor Davis served as a marine archaeologist for the E/V Nautilus expeditions, organized and led by Dr. Robert Ballard and Dr. Michael Brennan. Our survey areas included the Black Sea off Sinop (ancient Sinope) and Ereğli (ancient Heraclea Pontica), and the southeast Aegean off ancient Knidos—areas that witnessed high volumes of seaborne commercial traffic during antiquity and the Middle Ages. In that time we discovered and documented almost fifty shipwrecks that sank in deep water, thirty of which date between the 6th century B.C. and the 6th century A.D. The main search tool was the remotely-operated vehicle (ROV) Hercules. The team is now in the research and writing phase of the project. They have already published several articles in scientific journals:

Davis, D., A. Opaiţ, and M. L. Brennan. 2021. “The Sinop I Shipwreck: A Black Sea Merchant Ship from the Roman Imperial Era,” in J. Boardman, J. Hargrave, A. Avram, and A. Podossinov,eds. Connecting the Ancient West and East: Studies Presented to Gocha Tsetskhladze, 633-646. Leuven: Peeters.

In 2019, Professor Davis was invited to serve as a Scientific Recovery Expert for the Defense POW-MIA Accounting Agency (DPAA), whose mission it is to search for and locate American MIAs and POWs from conflicts around the world. Each summer, drawing on expertise in marine archaeology, he volunteers with DPAA-partner Project Recover and the University of Delaware to locate missing World War II aircraft underwater. The goal is to locate American service-members missing in action since World War II and repatriate their remains. These efforts, unique to the U.S., provide recognition and closure for families and the nation.

CLAS 310 Ancient Science
This course examines the history of science and technology in the ancient world between 1200 B.C. (when Babylonian astronomical texts emerge) and A.D. 500. Scientific ideas and technological innovations will be placed in their intellectual, social, religious, economic, and political context. Emphasis is placed on the Greek and Roman period, which saw substantial developments in agriculture, astronomy, geography, mathematics, hydraulics, medicine, music, botany, zoology, and meteorology.

GRK 101 Elementary Greek I
The first course of a two-semester sequence emphasizing basic grammar, vocabulary, and syntax of ancient Greek. Translation passages are drawn from different Greek works, including the New Testament.

GRK 102 Elementary Greek II
The second course of a two-semester sequence which continues the study of ancient Greek grammar, vocabulary, and syntax. Passages are drawn from a variety of Greek works, including the New Testament.

GRK 201 Intermediate Greek
A review of ancient Greek grammar, vocabulary, and syntax, followed by readings in both the New Testament and classical authors.

CLAS 300 Classics and Culture
Using texts in translation, this course explores select aspects or themes from the cultures of ancient Greece and Rome. Topics range from consideration of a particular literary genre to the in-depth study of a particular place and time, and to broader explorations of Greco-Roman culture in comparison with other cultures.

LAT 102 Elementary Latin II
The second course of a two-semester sequence which continues the study of ancient Latin grammar, vocabulary, and syntax. Passages are drawn from a variety of Latin works.