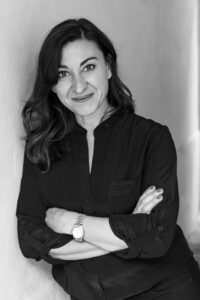 “Of Love and War: Stories of Tragedy and Resilience from Across the World”

Photojournalist Lynsey Addario covers major conflict zones across the globe. A Pulitzer Prize winner, she is a regular contributor to National Geographic, The New York Times, and TIME magazine. In 2015, American Photo Magazine named Lynsey one of five “Most Influential Photographers” of the past 25 years for changing the way we see world conflict.

Lynsey has been the recipient of numerous international awards throughout her career, including a MacArthur Fellowship or Genius Grant, and the 2009 Pulitzer Prize for International Reporting for her photographs in the New York Times’ “Talibanistan.” In 2010, Lynsey was named one of 20 women on Oprah Winfrey’s Power List for her “Power of Bearing Witness” and one of Glamour Magazine’s 20 women of the year in 2011.

Lynsey’s recent bodies of work include “Finding Home,” a year-long documentary following three Syrian refugee families and their stateless newborns over the course of one year for TIME Magazine, and “The Displaced” for the New York Times Magazine, a reportage documenting the lives of three children displaced from war in Syria, Ukraine, and South Sudan.

Lynsey will speak to a live audience in the CFL via Zoom from an international location to be determined. Audience members may also join the event remotely via Zoom.

The Elwin D. and Helen Farwell Distinguished Lecture Series Endowment was established in 1981 in recognition of the contributions the Farwells made to the Luther community. Elwin D. Farwell, Luther College president 1963–1981, came to Luther with a background in agriculture, government, education, and Christian ministry. In addition to a bachelor’s degree in agriculture and a master’s degree in animal husbandry from Michigan State, Farwell held a doctorate in higher education from the University of California at Berkeley and a bachelor of divinity degree from Pacific Lutheran Theological Seminary. During President Farwell’s administration, many changes occurred at Luther. With a dynamic personal style, Farwell spent his considerable energies on the challenges for growth in the 1960s. His accomplishments included increased student enrollment, a larger faculty, and an expanded curriculum. Farwell also pursued a bold program for the expansion and improvement of the college plant, continuing until his 1981 retirement. Several new building projects were completed during his tenure, including the Luther Field House, the Center for Faith and Life, Preus Library, Miller and Dieseth residence halls, and Jenson–Noble Hall of Music. Helen Farwell shared in and supported President Farwell’s administration, becoming actively involved in organizations in both the Luther College and Decorah communities. She organized and advised the Luther College Women’s Club and participated in numerous community and church groups. Helen Farwell received a Distinguished Service Award from Luther College in 1984. The Farwells died in 2017, Elwin in May and Helen in July.

Center for Faith and Life, Main Hall and via Zoom