Luther College alumni, parents and friends are invited to join a Virtual Alumni Book Club (aptly named Paideia III)! The book club was formed to engage the Luther community with faculty emeriti and with one another. 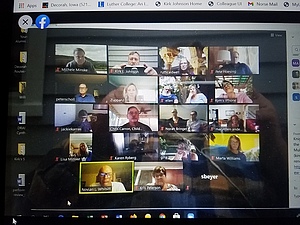 There is no cost to participate. You will need to purchase a copy of the book and you will need a computer capable of joining a Zoom meeting. Enrollment is limited to 40. First-come; first-served. Register here.

Book clubs are moderated by volunteer faculty emeriti, Luther staff, and/or alumni. There are no expectations other than meeting once a week on Zoom (normally for 60-90 minutes) for four weeks. A link to the Zoom meeting will be sent to participants in advance.

The book club will also have a Facebook group for members of the group and other interested persons to share thoughts and related articles between the weekly Zoom gatherings. 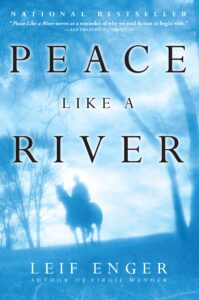 Enger brings us eleven-year-old Rueben Land, an asthmatic boy in the Midwest, who has reason to believe in miracles.  Along with his sister and father, Rueben finds himself on a cross-country search for his outlaw older brother who has been charged with murder.  Their journey unfolds like a revelation and its conclusion shows how daily, love and faith can stand up to the most terrifying of enemies, and the most tragic of fates.

Leif Enger was raised in Osakis, Minnesota, and worked as a reporter and producer for Minnesota Public Radio before writing his bestselling debut novel Peace Like a River, which won the Independent Publisher Book Award and was one of the Los Angeles Times and Time Magazine’s, Best Books of the Year.  He is also the author of So Brave, Young and Handsome and Virgil Wander.

Suzanne (Knoll) Hales ’65, retired English teacher, book reviewer and dramatist. “I would be fine on a desert island as long as I had books. I love long walks amidst the glories of nature and discovering new places to explore.”

A number of Luther College alumni own book stores in the Midwest, and we encourage you to purchase your books from your local book store or one of ours! 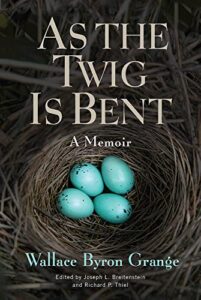 As the Twig Is Bent: A Memoir, by Wallace Byron Grange
Edited by Joseph L. Breitenstein and Richard P. Thiel

Wallace Byron Grange (1905–87) was an influential conservationist who worked alongside Aldo Leopold. Grange’s story vividly describes his mostly idyllic childhood watching bird life in the once grand prairies just west of Chicago. He documents his family’s journey and pioneering struggle to operate a farm on the logged cutover country in northern Wisconsin, a land that provided him with abundant opportunities to study the lives of wild creatures he loved most.

Written when Grange was in his sixties, As the Twig Is Bent conveys how a leading conservationist was formed through his early relationship to nature. In beautifully written vignettes, he details encounters both profound and minute, from the white-footed mice attracted by cookie crumbs in his boyhood clubhouse to the sounds of great horned owls echoing through the wintry woods. As he develops his own understanding of the natural world, he comes to an awareness of the dramatic and devastating role of humankind on ecosystems. Grange’s poignant observations still resonate today amid global conversations about the fate of our natural resources and climate change.

Luther College professor of psychology Joseph L. Breitenstein is a licensed psychologist and his professional interests include the intersections between psychology and environmentalism.
Richard Thiel is active with the Timber Wolf Information Network and the International Wolf Center. His books include Keepers of the Wolves and Wild Wolves We Have Known.

Winner of the 2021 Certificate of Excellence, sponsored by the Illinois State Historical Society

“Original and refreshing, reminiscent of the poignant writings of Increase Lapham, Fran Hamerstrom, and John Muir. Grange does a superb job of portraying societal life a century ago in Illinois, and the pioneering life of the Grange family in the ‘cutover country’ in northern Wisconsin.”
—Sumner Matteson, author of Afield: Portraits of Wisconsin Naturalists, Empowering Leopold’s Legacy

“An engaging memoir of the making of a devoted conservationist, evocative of the unhurried pace of a bygone era. Grange shares with us a voluminous, detailed treasure trove of experiences that reveal the making of a man who dedicated his life to the cause of conservation.”
—Arthur Pearson, author of Force of Nature

Link to buy the book online is here.

The Luther College Book Shop offers discounts to reading group members. The store is owned and operated by Luther College and all proceeds stay on campus to benefit the Luther community. 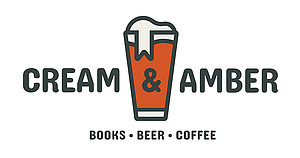